The gown, which took 20 days and over a 100 craftspeople to create with the actor involved in the creative process right from the beginning, is the couturier’s interpretation of Sandro Botticelli’s famous painting ‘Birth of Venus’

The gown, which took 20 days and over a 100 craftspeople to create with the actor involved in the creative process right from the beginning, is the couturier’s interpretation of Sandro Botticelli’s famous painting ‘Birth of Venus’

Fashion designer Gaurav Gupta says he wanted to create a special moment for actor Aishwarya Rai Bachchan’s 20th year at the Cannes Film Festival and that inspired him to present the former Miss World as the “new-concept Venus”.

The gown, which took 20 days and over a 100 craftspeople to create with the actor involved in the creative process right from the beginning, is the ace couturier’s interpretation of Italian artist Sandro Botticelli’s famous painting ‘Birth of Venus’.

Aishwarya wore Gaurav’s custom-made queen pink sculpted creation on the third day of the ongoing film gala for the premiere of “Armageddon Time“, after opting for a black Dolce & Gabbana ensemble on day two.

“Aishwarya is a complete woman and a beautiful person. As I got to know her through the process, I discovered a wonderful, spiritual person who is really connected to her soul and is elegant. That purity in the absolute sense of beauty inspired me to think of the concept of the ‘Birth of Venus’,” Gaurav said. 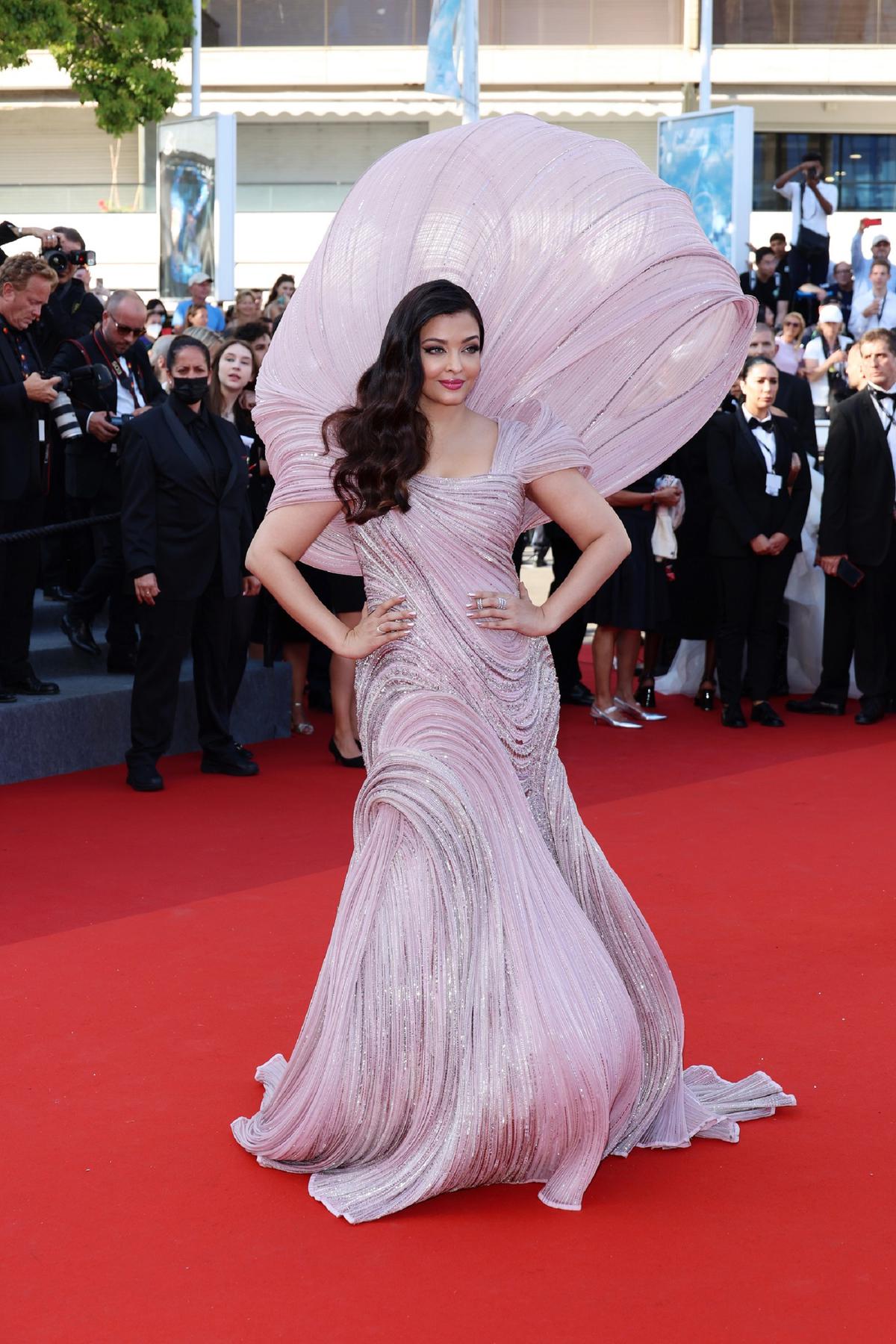 The gown took 20 days and over a 100 craftspeople to create with the actor involved in the creative process right from the beginning
| Photo Credit: Daniele Venturelli

Aishwarya, who first attended the Cannes Film Festival for the premiere of her film “Devdas” in 2002, has been a regular at the movie extravaganza as a global ambassador of beauty brand L’Oreal and during her two decade-long journey at the yearly event where she has made some stunning red carpet appearances.

The Delhi-based designer, known for his experimental sculpted designs, said he wanted to create something that denoted “hope, life and beauty”.

“We wanted something which denotes hope, birth and beauty. After all the world has gone through in the past few years, we wanted to celebrate life and art,” he added.

Creating the dress was an elaborate process involving days of hard work and Gaurav said he didn’t want to disappoint with his design for “one of the most beautiful women in the world”.

The ensemble featured silver-embellished pleated details, a trailing bottom and a shell-like structure behind shoulders, symbolising Venus’ rise from the scalloped shell.

The designer, a graduate of London’s Central Saint Martins College of Art and Design, accompanied Aishwarya for the appearance and said the frenzy at the red carpet surrounding the actor filled him with “joy”.

“The frenzy, the love, that Aishwarya receives here, it’s almost madness. People couldn’t stop screaming her name out loud and the fanfare was insane. So just to see that frenzy, it fills you with joy… She is a phenomenon in Cannes. It’s like a real-life film in itself,” he said.

Gaurav calls himself a “global person”, something he believes reflects in his designs prominently and clicks with people around the world. But at the same time, the designer said he strongly identifies with his Indian sensibilities that are all about “maximalism and celebration”.

“I’m a global person who happens to be from India. But there is a sensibility of maximalism and celebration and my aesthetic is what is Indian about me. There’s a certain sense of rhythm in my clothes, which comes from India inside me.” Asked if there was a pressure to represent India internationally, Gaurav said he just went with his instincts.

“I want to celebrate the person that I’m dressing. It’s more (about) the person and the brand. For me, people are people, we’re all in the same universe,” he said.

What kids are watching in 2022

‘Chrisley Knows Best’ to air as planned after stars’ convictions

“My immediate reaction was, ‘Man, I wish women had the same opportunity to fail up as spectacularly as Adam Neumann

UK to receive shipment of Australian gas next week