To remember the legendary contribution of my spiritual guru, Mangalampalli Balamuralikrishna on his 90th birth anniversary on Monday, July 6, is above all, to renew one’s faith in artistic freedom and innovation — qualities that animated his entire life. The early spark that spurred his extraordinary quest for originality, it is widely known, was a fortuitous darshan of Musunuri Suryanarayana Murty Bhagavatar, who goaded the maestro, when a little boy, to carve out a niche for himself. The rest is history.

It is hard, however, to single out any one musical attribute as the defining characteristic of this multifaceted genius. While the singer in Balamuralikrishna evidently reigned supreme, his consummate skills as a composer, instrumentalist and percussionist were equally constitutive of his overall calibre as a musician par excellence. The poetic and literary merits of his compositions received appreciation from such luminaries as Viswanadha Satyanarayana and Chellapilla Venkata Sastry. The kritis ‘Bangaru murali’ and ‘Ninne sada nammitine’ are but two illustrations of these attributes among his several works.

Perhaps in view of his command in different arenas, Balamuralikrishna was acutely sensitive to the propriety and integrity of vocal music, as distinct from the instrumental domain. An instance, which I allude to elsewhere, is the treatment of raga Kedaragowla, where he eschews the more common usage that is derived from the approach of vainikas. 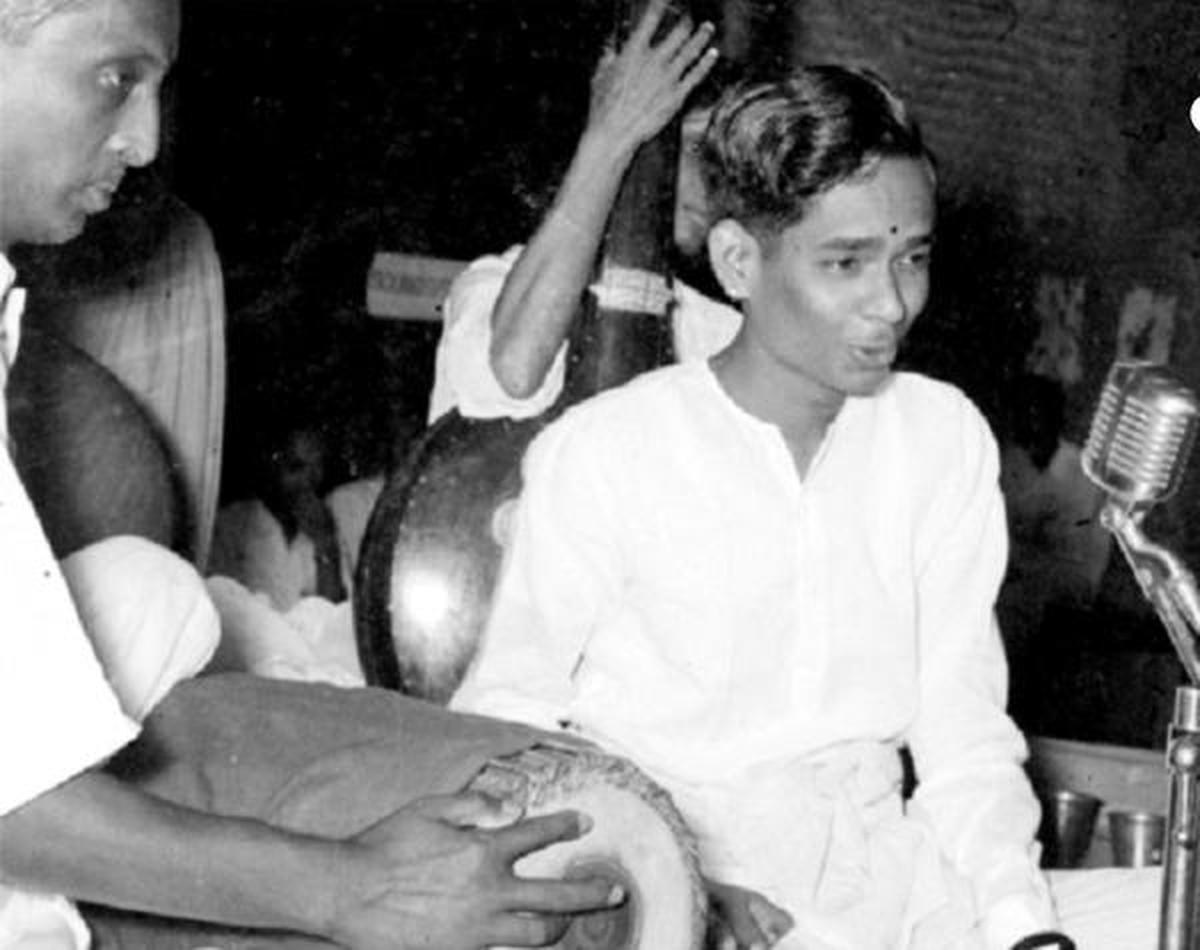 A full-time career with All-India-Radio based in Chennai afforded me innumerable opportunities to accompany my guru during live concerts and recordings. As a youngster, I would often reflect that he embodied, as no other contemporary vocalist, what musical treatises refer to as ‘gayaka lakshanas.’

A quintessential performing artiste, Balamuralikrishna’s instinctive capacity to direct, even completely dominate, proceedings on the stage became apparent to me early.

Given my background in Harikatha exposition, I saw in his recitals a seamless and spontaneous redrawing of the contours of Carnatic classical music into an eclectic blend of different idioms apt for a mid-20th century audience.

The maestro’s artistry and magnetic stage-presence also meant invariably, that he was not constricted in the choice of accompanists in a performance, uncommon among many vocalists, who would rather band together with a set group of artistes. Thanks to Balamuralikrishna’s unorthodox approach, I derived particular encouragement to deepen my engagement in diverse genres, including Hindustani and light music. He laid much emphasis on artistes remaining true to themselves, stressing that imitation had little to commend itself, except to benefit the presumed object of one’s admiration.

Worthy of some consideration is another profoundly telling statement of his unswerving faith in the power of the human agency. Guruji declared after a concert in Nasik that if some people perpetually had the power to exercise control over other human beings, the world would have been a far less heterogeneous place. As an individual, guruji was most personable and helped many musicians in times of need. 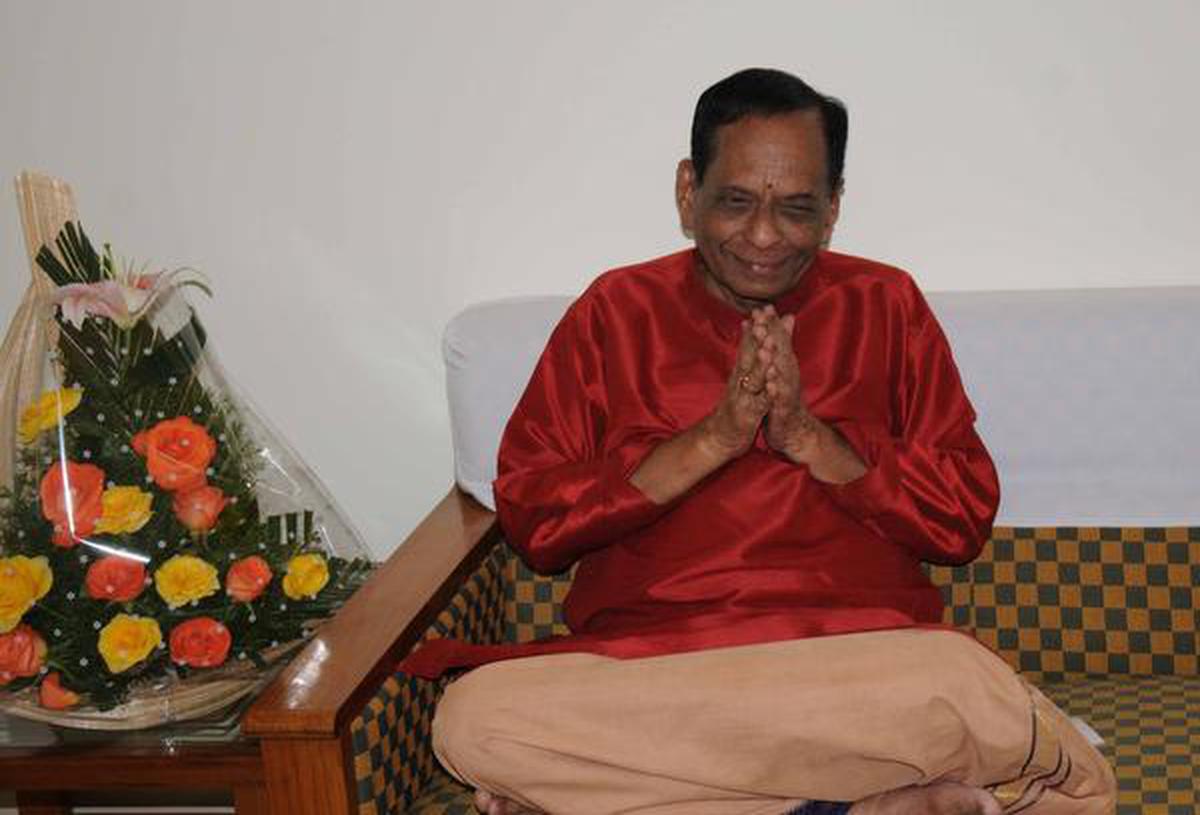 My mother would often fondly recall a 1941 concert series in Secunderabad’s Jamshed Hall, when a boy, about 10 years old, performed on the vocals the first evening and accompanied his guru on the violin the next day. Overjoyed with emotion, her fervent prayer was that her own child due within months would one day grow up to be as accomplished as that little lad. In the late 1960s, my mother was fortunate to attend another performance of Balamuralikrishna in Chennai. That was my very first opportunity to accompany the legend on the violin and the experience marked the beginning of a deep bond that lasted until the very end of my Guruji’s life.

As a humble tribute to his everlasting memory, I penned a song in raga Saurashtram, the scale customarily chosen for the opening and concluding invocation to one’s preferred deity. ‘Ento bagu guru murali ravam,’ goes the opening line. With my signature Purna, the anupallavi recalls his tutelage under Parupalli Ramakrishna Pantulu and the grit and tenacity he displayed as a teenager in writing the janaka raga kriti manjari compilation. The charanam remembers the radiant demeanour, as the composer regaled rasikas down the decades and generously bestowed his knowledge on disciples.

Balamuralikrishna has left for posterity a luminous legacy. It enjoins upon younger generation to take this forward.

Arjun Rampal shares pic of daughters and son Arik, says ‘you guys make my life and me’ – bollywood

Ellen DeGeneres gets support from Katy Perry and Diane Keaton