On Monday, the Indian Government banned 59 mobile apps which includes a videos social media platform. The micro-blogging site enjoys a huge number of audiences including a large chunk of Bollywood celebrities. Hence, the ban has attracted several kinds of mixed reactions among the stars of the tinsel town.

On this note, actor Malaika Arora took to the Instagram story to share her opinion on the app ban. Putting up a snip of the same news flashing on her Television, the ‘Munni Badnaam Hui’ dancer wrote, “Best news I have heard in lockdown…”

Malaika also added, “ finally we will not be subjected to people’s ridiculous videos,” followed by a praying hands emoji. See post here: 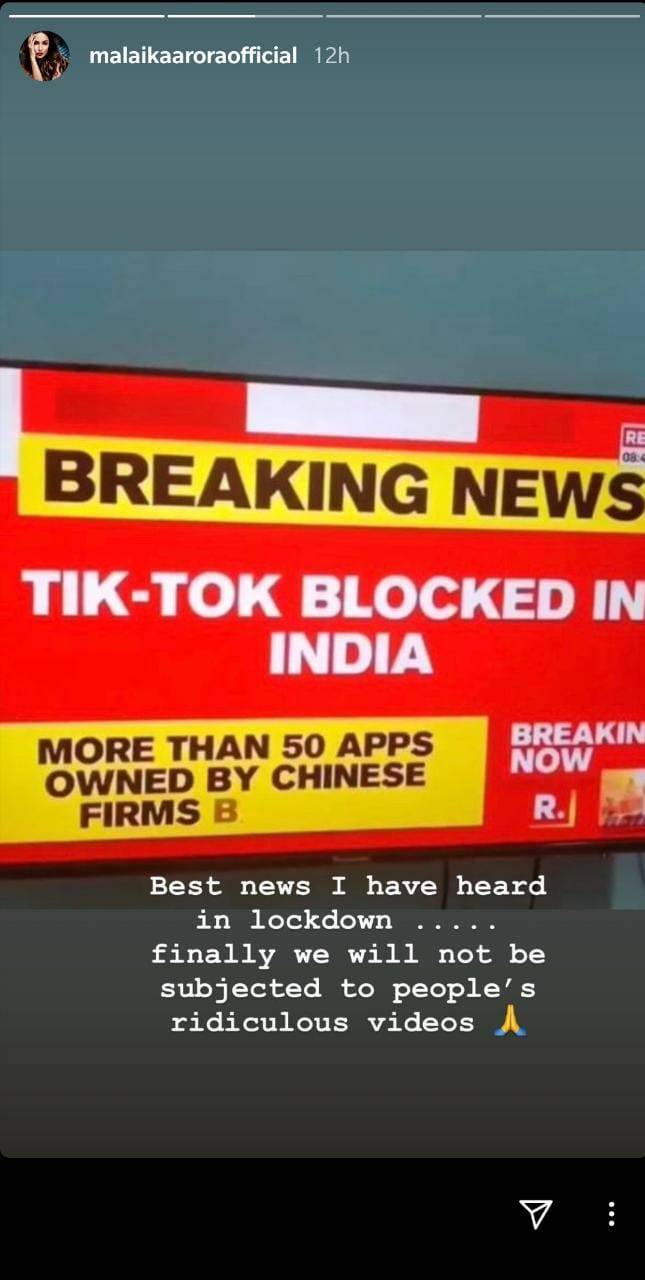 Earlier, the entertainment platform had sparked several debates over its video contents, leading to the suspension of the app for quite some time as well.

The ban on the Chinese app has also started a meme fest on Twitter.

Srinivas turns composer with his first album of devotionals