On the very first day of shooting Bulbbul, actor Rahul Bose thought he was going crazy. The Netflix film, with an 1880s Bengal milieu, features a lavish haveli and equally extravagant costumes. “I didn’t know whether it was my imagination or not, but I saw a woman from that era,” recalls the actor who firmly declares he’s a non-believer of the paranormal. The apparition would only make an appearance when the cameras were rolling no one else seemed to be bothered by the strange woman. Had Bose began his slow descent into madness? A crew member identified the supposed poltergeist. It was director Anvita Dutt decked in beautiful Banarsi saris with a solid red tikka adorning her forehead. “Directors are normally fat men or women, usually unshaven, wearing sneakers with wrinkled socks and a lack of deodorant,” laughs Bose.

In addition to crushing Bose’s archetypes, Dutt also looked like a character straight out of her directorial debut Bulbbul. The film – starring Bose along with Avinash Tiwary, Tripti Dimri, Paoli Dam, Rahul Bose and Parambrata Chattopadhyay – slowly unravels a strange mystery. While men indiscriminately drop dead like flies in this Bengali village, sinister events grip the family that lords over the hamlet’s inhabitants. A murderer is on the loose and no one is safe. “When it came to actually writing a story for myself to direct, I sat down and it turned out to be fantasy. If you give me a bird, chances are, it will peck out your eyes.” says the 48-year-old Dutt who voraciously devours the works of Ursula K. Le Guin, Neil Gaiman and Terry Pratchett. “Bulbbul started with a vision of a pair of muddy feet with alta (red vermillion), retreating under a sari in fear.” Feet would become a central motif in Bulbbul, taking on supernatural elements and signifying greater social issues that are evident for the clever amongst us to spot. 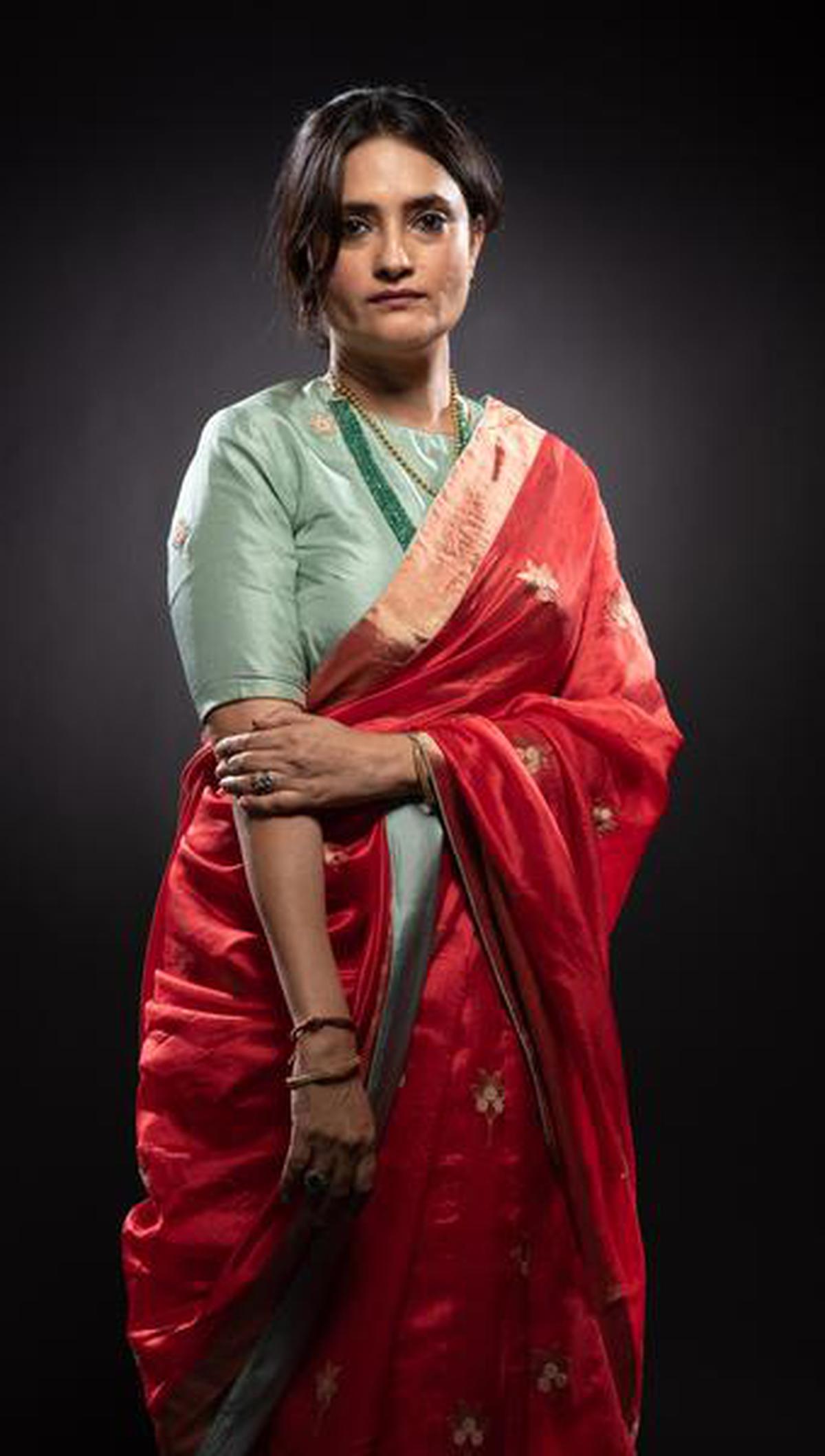 For Bose, the film was a no-brainer, not simply for his own complex character, but because of Dutt. “I’ve worked with 11 first-time directors,” he says. “If a director has a calm, assured voice, it automatically puts the audience at ease.” Bose foresees a long, successful career for his director, who will surely create a signature style in Bollywood.

In Bulbbul, Dutt’s nascent albeit signature aesthetics lend themselves to her film’s narrative and pace. In spite of the promise of horror, justice and mystery, she doesn’t allow the film to descend into chaos and turbulence. Even Dutt’s protagonist, the eponymous Bulbbul, embodies the virtue of self-assuredness. “There were days, that I was a 20-year-old, then 25-year-old; going back and forth between different zones,” says Tripti Dimri whose character transitions from child bride to matriarch of the household. “I had to focus on my inner journey, to become a person who is comfortable in her own skin.”

Against a fictional backdrop intended to entertain, Dutt juxtaposes an important message for women everywhere. Her personal journey, traversing close to five decades, has instilled the importance of agency, being still and complete in oneself regardless of the impact of others. “Those are things you learn and pay a price for,” she says, adding that sub-consciously her protagonist too embarked on a similar course which takes on a brutal and savage approach. But it’s an antithesis to Dutt’s real-life experiences. “I don’t want girls out there to live those 20 extra years to get here,” she asserts. “I want to seed the thought, that it is possible to wake up now. Don’t be sleeping beauties waiting for princes’ kisses. No. Wake up now!”

Bulbbul is streaming on Netflix

Tenet gives shot in arm to UK and Ireland cinemas

Indian Matchmaking: the ‘arrangement’ that works

Bulbbul: strikes at the putrid core of patriarchy