Convergence, a photo exhibit that spans the Government Museum premises in Egmore, traces the work of French photographers who documented India from the mid-19th Century

Convergence, a photo exhibit that spans the Government Museum premises in Egmore, traces the work of French photographers who documented India from the mid-19th Century

The verdant Government Museum in Egmore freshens up following an unexpected bout of summer showers. The museum’s now sought-after, newly designed space, Hub, dotted by puddles, features facades made of cork. They sport sepia and black and white-tone photographs that take us back in time to an India as seen by French photographers. Here, laid across walkways and snaking between trees, are text and images engaged in a combined effort to tell stories from the mid-19th Century to the 1970s.

Convergence, a travelling outdoor exhibit, has made a pitstop in Chennai for the week. Fittingly set against the backdrop of Indo-Saracenic architecture, the visually pleasing display invites one to examine photography’s French connections in India through re-prints of original works from renowned French museums such as the National Museum of Asiatic Arts in Guimet and the Quai Branly Museum in Paris, to name a few. While the original photographs are currently on display at Kiran Nadar Museum of Art, New Delhi, the re-prints are in Chennai as part of Bonjour India 2022. 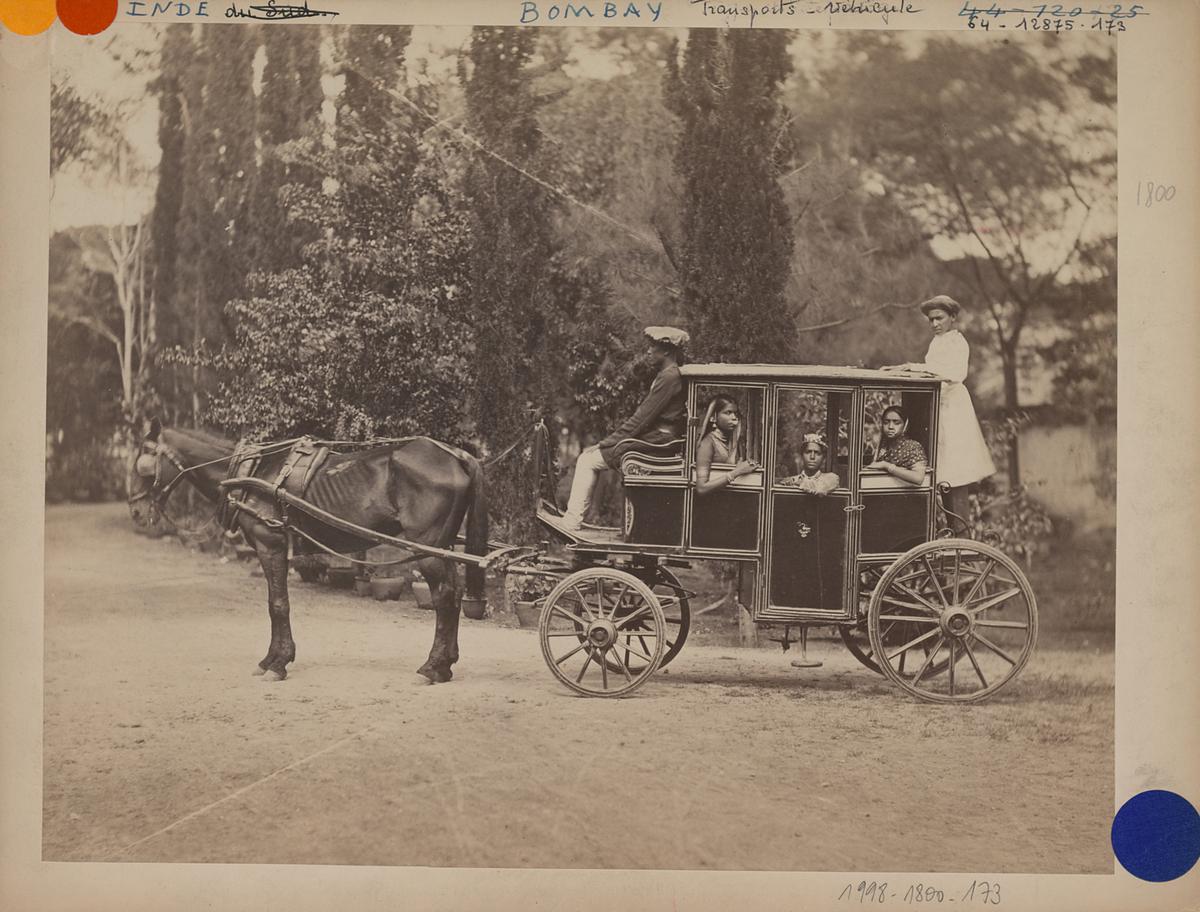 Rahaab Allana, curator of Alkazi Foundation, says, “At the core of the narrative, we have the works of Marc Riboud from the 1950s, and his humanist image-making practice. Given the 75th anniversary year of Independence, I use this moment to move back and forth in time.” Towards the 19th century, the narrative looks at the key themes of gender and labour, and to the late 20th Century, it shows a pre-digital era when assignment photography and photo journalism were at their peak, adds Rahaab.

The entry point boasts an amusing take on the first-ever photograph developed by French inventor Joseph Nicéphore Niépce in 1826-27. Spanish artist Joan Fontcuberta reproduces the image through 10,000 electronic thumbnails; outcomes of a keyword search result in Google. A vast section is dedicated to Louis-Theophile Marie Rousselet, a French traveller and photographer who was on archeological explorations in India and the Himalayas from 1864 to 1870. It was here he met Maharaja Sawai Ram Singh II from Jaipur who is famously dubbed the Photographer King; a cross section of cork boards show the latter and his stunning portrait of an unidentified woman. A large portion of the display is dedicated to celebrated photojournalist Marc Riboud who is behind some of the iconic images of independent India: from portraits of cultural figures like Satyajit Ray knee-deep in the creation of a film to unplanned shots of urban street life and architecture, and even some moving images of the homeless sleeping under the Howrah bridge in hot Summer months. “I was interested in Marc Riboud’s work from Shantiniketan. This educational institute had an experiential way of teaching, of addressing nature, and of cultivating creativity in the youth. They also looked at the subcontinent as an integrated whole while thinking about questions of identity, transnationalism, and belonging. I find these are important sensibilities to retain in the present,” says Rahaab.

Apart from known names, frames by unidentified travellers, writers and photographers are also part of the exhibit that will be on display till May 19.

‘Spiderhead’ review: Chris Hemsworth and Miles Teller star in a Netlfix movie that’s not much better than its lousy name

With fare cap set to go, September flights at a bargain

MUMBAI: The government fare band, which sets an upper and lower price limit for domestic air tickets, will be withdrawn