It’s Faf du Plessis versus Chennai Super Kings, Part-2. But there will be much more at stake on Wednesday night at the Maharashtra Cricket Association’s Stadium on Wednesday night than a veteran who was a permanent fixture in the yellows before the big reshuffle.

CSK has only six points from nine games and Royal Challengers Bangalore 10 in 10. For a variety of reasons, both the teams will be desperate to add two points to their kitty. 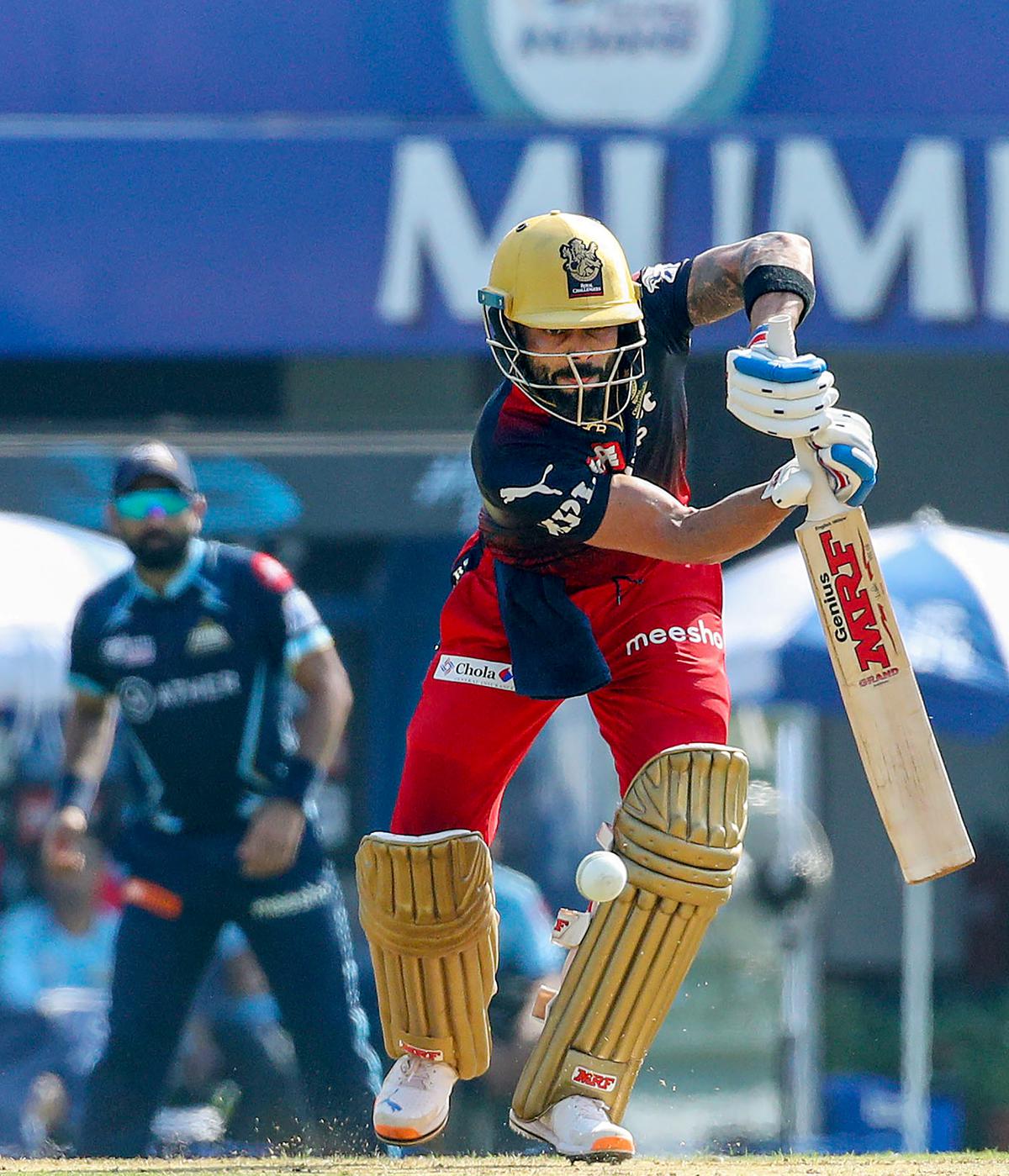 RCB will be hoping for Virat Kohli, who returned to scoring runs with a slow fifty against table-topper Gujarat Titans over the weekend, to switch gears. File
| Photo Credit: Sportzpics/IPL

CSK, with M.S. Dhoni’s return to captaincy, appeared to be a settled unit for the first time this season during its win over Sunrisers Hyderabad here on Sunday. It will be keen to not drop the guard in its second consecutive Southern Indian Derby. After all, another defeat can virtually end its hopes of defending the title.

RCB, on the other hand, will be eager to return to winning ways. Five wins in the first seven games under new captain du Plessis seemed to be working to precision. But, since then, it’s been a run downhill with the team losing its last three games.

The lack of runs from the top order has been RCB’s primary concern. It will be hoping for Virat Kohli, who returned to scoring runs with a slow fifty against table-topper Gujarat Titans over the weekend, to switch gears and Glenn Maxwell to accelerate in order for the team to keep the team in the hunt.

While RCB is unlikely to change its combination, it will be interesting to see if Moeen Ali and Dwayne Bravo have recovered from their niggles. If either of them is available, Mitchell Santner is likely to make the way.