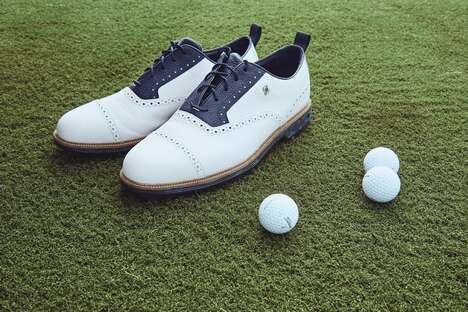 FootJoy, the beloved golf shoe brand, recently joined forces with Todd Snyder, the iconic menswear designer, to create The Blues Collection. The new series is the second time the brands have joined forces and delivers a vintage-inspired, performance-driven series that marries form and function. The line boasts blue camo alongside a vintage FootJoy logo.

“We’re very excited about the continued partnership between FootJoy and Todd Snyder,” said Chris Tobias, Vice President, FootJoy Footwear. “There’s a mutual admiration for authenticity, style, and performance in and around the game of golf that excites everyone from new players to the world’s best golfers on tour.”

The Blues Collection launches May 19th at 10 AM ET and will be available on FootJoy.com, ToddSnyder.com and select Todd Snyder retail locations.

Top 80 Men’s Fashion Trends in May