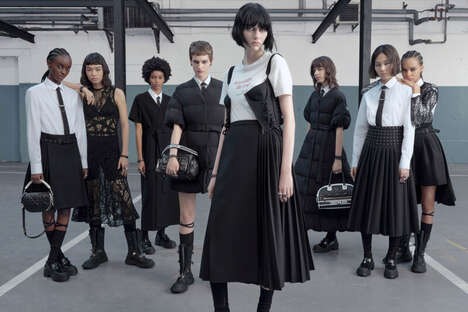 Dior has released a new Fall/Winter 2022 campaign that hopes to emphasize the brand’s history in the contemporary world of fashion. The campaign is centered around strength and unity, aiming to evoke messages of sisterhood, self-affirmation, and power. The ‘Burlap Bag’ ties the campaign together alongside fellow Dior-branded ‘Book Tote Bag.’

The phrase “L’union fait la force,” means “strength through unity” and is emblazoned across the collection’s jackets and skirts alike. The campaign’s overarching idea surrounding togetherness is seen most prominently in the series of group portraits shot by photographer Alice Mann.

After recently opening a new concept store in Seoul, South Korea, the pieces from Dior’s latest campaign may soon find themselves available for purchase in stores. Until then, consumers can view the campaign video on YouTube.