The untimely death of actor Sushant Singh Rajput has created a storm in the country exposing the ugly truth about the Bollywood industry. After the 34-year-old actor was found dead due to suicide from his home in Mumbai, several controversies have been linked to his death including nepotism among the star kids. Amid the drama, fans are now engaging in online debate, urging everyone to boycott star kids to stop nepotism. Recently a fan took to Irrfan Khan’s son Babil’s Instagram post urging him to unfollow star kids. 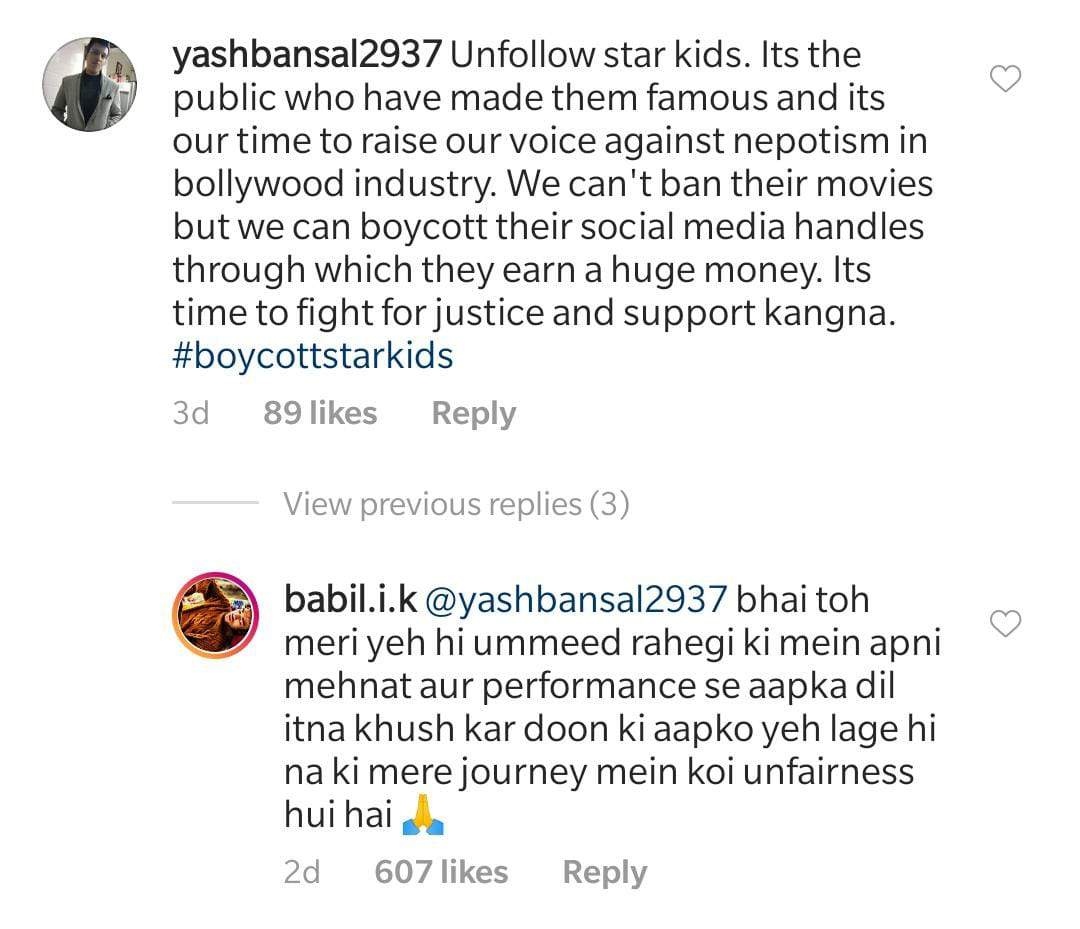 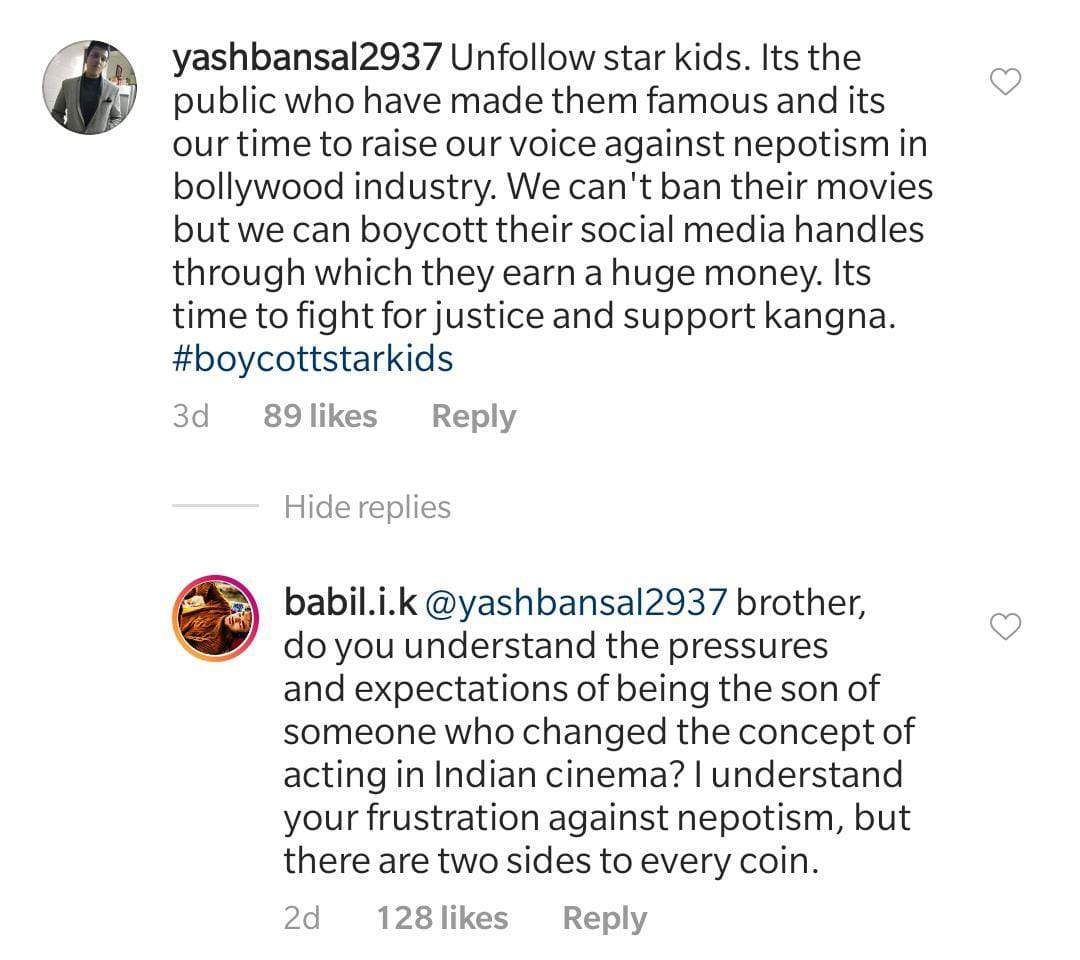 He again replied saying,” brother, do you understand the pressure and expectations of being the son of someone who changed the acting in India cinema? I understand your frustration against nepotism, but there are two sides to every coin.”

His humble replies not only reminded fans of his father Irrfan Khan but also gained him respect.

Taapsee Pannu-starrer ‘Rashmi Rocket’ to go on floors in November