Analogue music in India is steadily growing, with both millennials and Gen Z collecting records, labels putting out albums, and even a vinyl bar now in the mix

Analogue music in India is steadily growing, with both millennials and Gen Z collecting records, labels putting out albums, and even a vinyl bar now in the mix

It cannot get more ironic than this. A fortnight after Record Store Day (April 23), Apple announced that they are discontinuing the production of the iPod. That iconic gadget that changed the way we listened to, stored and shared our favourite songs, has gone silent. If anyone had kept a scorecard on May 10, it would have read Analogue: 1, Digital: 0.

While it’s true that most of us stream songs on our phones and computers, a steady stream of music lovers around the world are swapping algorithm-based music for the intimate and tangible joy of the vinyl. The format that rode high in the 70s, had dipped in the 90s and almost disappeared with the arrival of the new millennium. It should have gone extinct, à la the iPod, but that’s where it gets curious. Stacked away in shelves and dusty corners of antique shops, the vinyl managed to stay alive until, sometime in the past decade, curious millennials began digging up records that reminded them of summer holidays spent with the grandparents, a gramophone playing in the background. 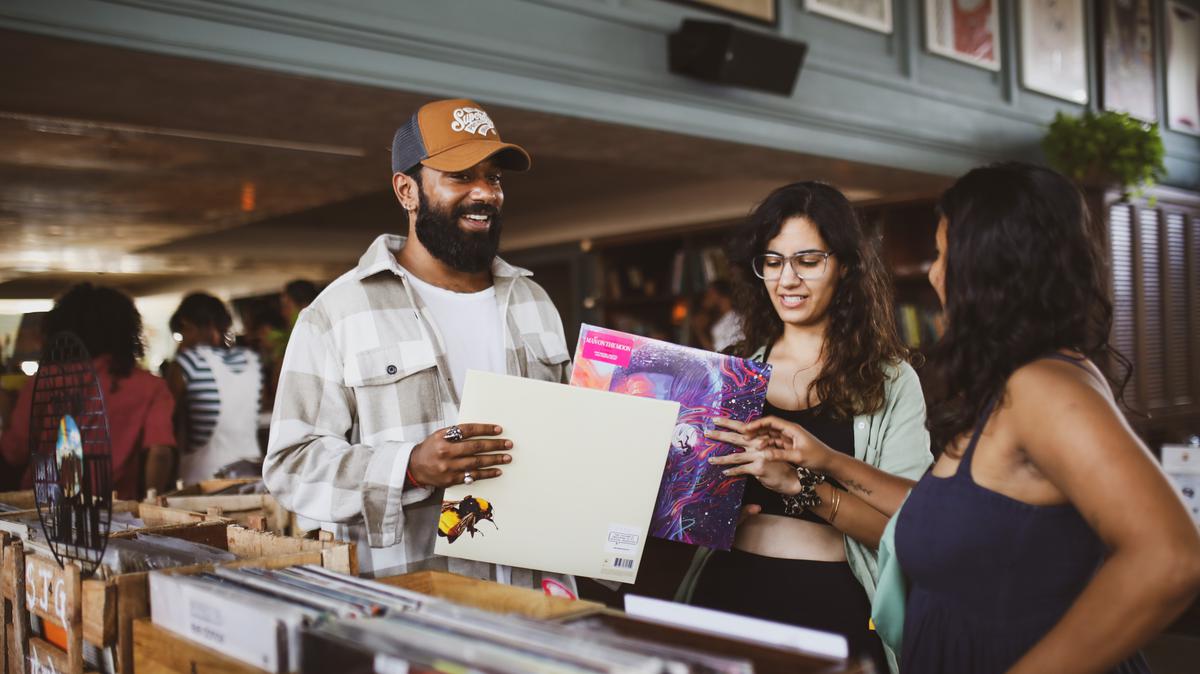 What started off as a silent wave is now in high gear — the pandemic years, in fact, have accelerated it. According to reports, 2020 was the first year since the 80s when vinyl records sold more than CDs, and last year it broke more records: in the U.S., sales hit $1 billion, according to the Recording Industry Association of America, while a New Musical Express report states that over five million vinyl records were sold in the U.K. In India, sales may not be making headlines, but vinyl heads are most definitely clued in and keeping pace with the trend.

Balm during the pandemic

“The current generation is looking to make a deeper connection with things because, owing to the way social media or the algorithms are programmed, we are unable to connect with anything we love,” says Nehal Shah. For the co-founder and director of Mumbai-based India Record Co., the vacuum created by our hyper-digital lives is best filled by the analogue way of life vinyl promotes. “It places music in the foreground rather than in the background. You are listening to the whole album uninterrupted. There are no screens to stare at, no ads, no shuffling or skipping of songs. You can’t talk over the music and it affords you that one or two hours of absolute me-time,” she says. “This is probably why more and more youngsters are getting attached to vinyl and respecting it than those who are in their 50s and 60s.” 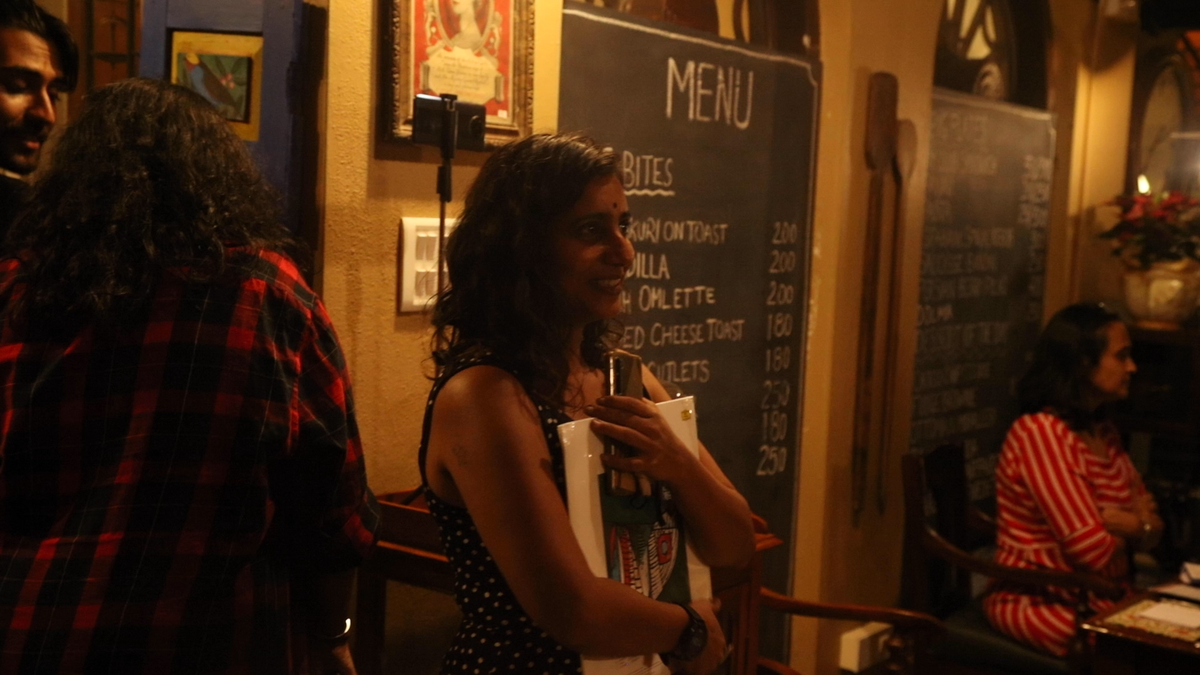 Delhi-based Nishant Mittal is one such youngster. “I was probably 19 when I bought my first record. Within the next couple of years, I had collected over a hundred, and I didn’t even have a record player till then,” he says over email. Today, the 26-year-old collector, archivist and DJ runs the popular Instagram handle @digginginindia, where he doles out trivia and anecdotes about well-known and obscure Indian and international records that he owns or knows of.

Black Groove Music, which started in February 2021, is a young entrant. “The vinyl record business isn’t easy to be in, but it is certainly an exciting one,” says the company’s spokesperson who doesn’t wish to be named. “Besides being passionate about vinyls, what prompted us to start the label is that big music companies are not very forthcoming in releasing records as it’s expensive to produce, store and maintain them. It’s not a feasible business plan for them,” the spokesperson adds. In the past year, Black Groove has managed to create a catalogue of 14 albums, which includes Manoj’s Caution to the Wind, band Advaita’s Grounded in Space, Shujaat Khan – Live in San Francisco, Vol 1, and Rama Srirama, a compilation of late Mandolin U Srinivas’ performances brought out in collaboration with musician Peter Gabriel’s record company, Real World Records. The response has been good. “We have an active clientele of 500 vinyl lovers, have sold approximately 3,000 records, and aim to bring out another five to 10 vinyl albums by 2023.”

Mittal has managed to create a community of his own where people of all ages look up to him for information related to vinyl.

Joys of the ‘physical’

Digital is the default mode for musicians today, but lately, quite a few artistes, including big ticket names like Adele, Taylor Swift, Olivia Rodrigo, and Weeknd have cut their albums on vinyl. In India too, a few indie artistes and bands have pressed records, with more slated to join the list.

Chennai-based singer-songwriter Maalavika Manoj, 28, released her first album, Caution to the Wind, on vinyl. For Manoj, the foremost joy of having a vinyl lies in the physical aspect of holding it in your hands. “When I held the test press, all I could think about was the blood, sweat, time and thought that had gone into making this little disc.” Then, there’s the quality of sound. “It feels like you are right there in front of the musician,” she says. Manoj’s album has been produced by Mumbai-based Black Groove Music. 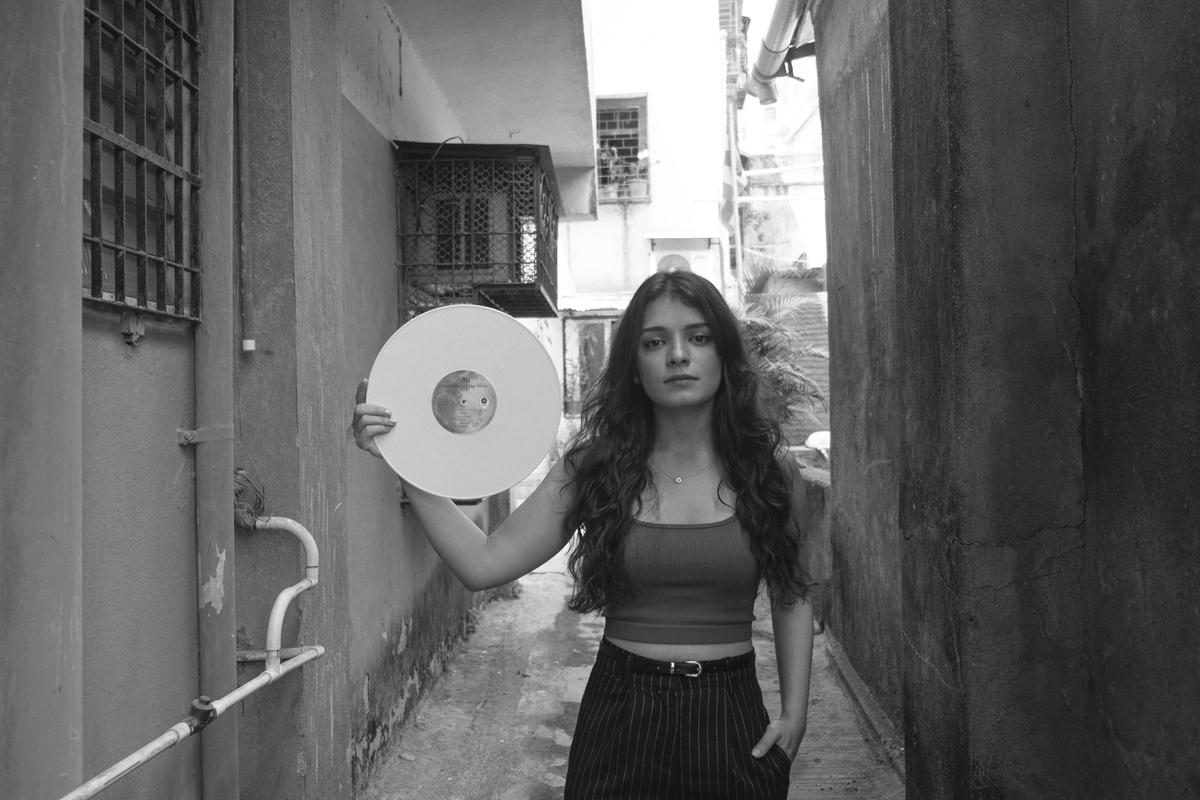 Joginder ‘Joe’ Luca Singh, 42, the Italian-Indian founder of Pagal Records Store, has seen the “music scene change” from when he started the Delhi store around eight years ago. “They called me a pagal videshi when I started it because they thought no one would listen to vinyl anymore,” he laughs. Today, Singh’s store is a favourite haunt of Delhi’s vinyl heads and its musicians. Not just that. As a DJ, he also runs a vinyl selection project called Awara Sounds, where he curates and plays set lists of old school Bollywood, Indian Funky, Bolly Swing, Bombay Disco and psych rock & roll. 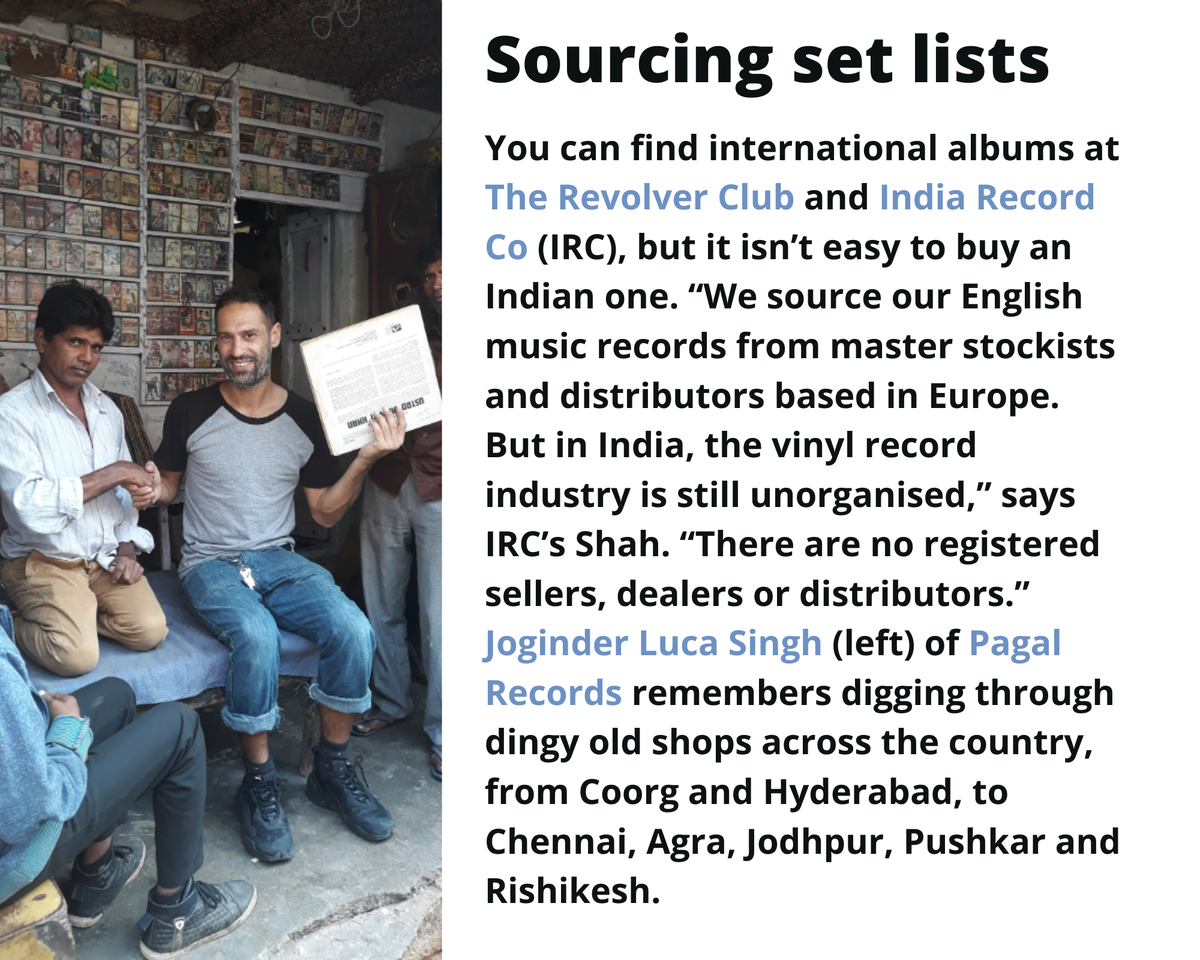 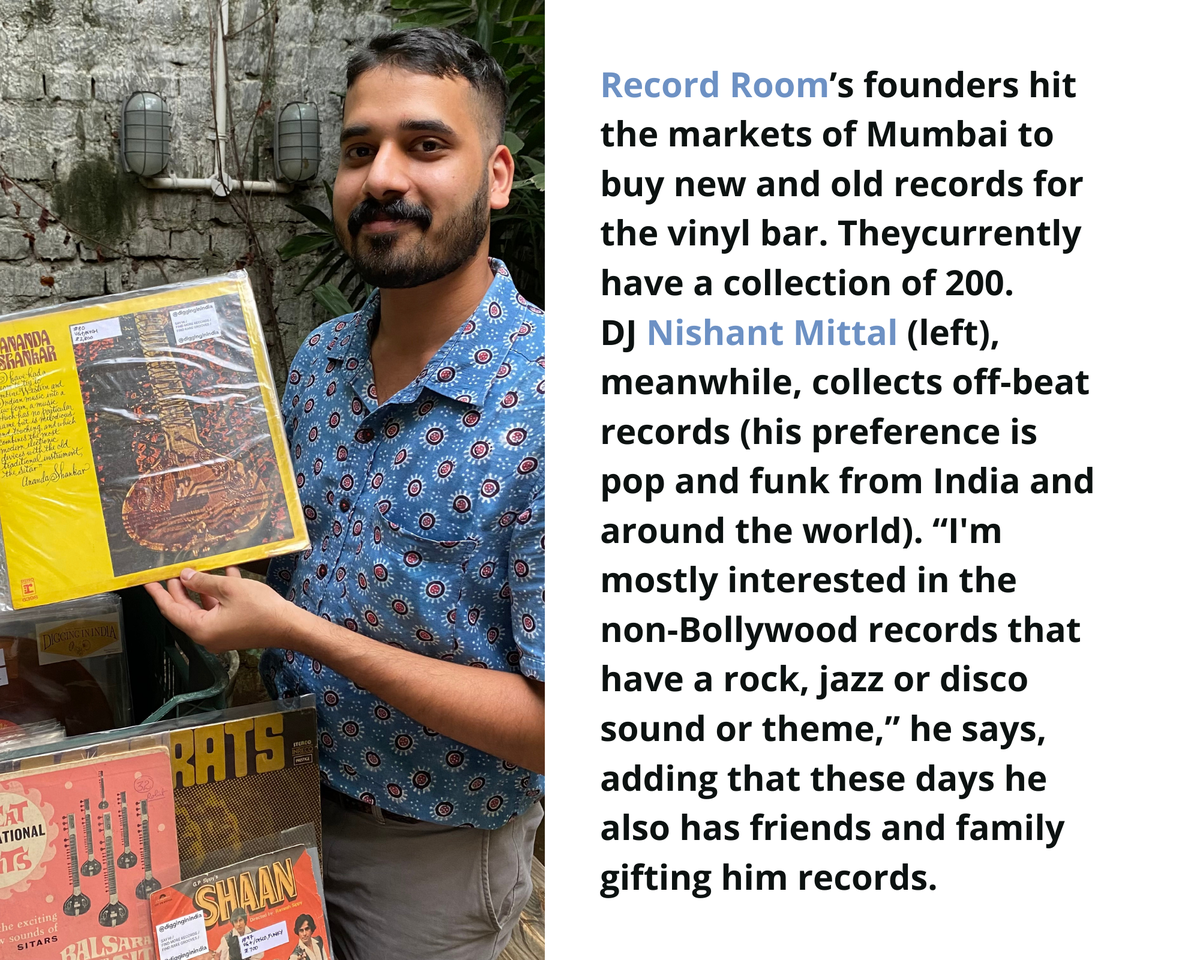 For connoisseurs and the curious

Nothing speaks to the popularity of a trend than a mainstream expression of it. In Bengaluru, the interiors of the newly-opened Record Room, scream vinyl. Two walls on the first level have record albums neatly propped up. A DIY-style wooden chandelier, which runs through the semi-outdoor deck, holds more record covers. But it’s the listening corner with its semi-automatic record player and limited-edition white turntable dedicated to White Album by The Beatles that pulls you in. 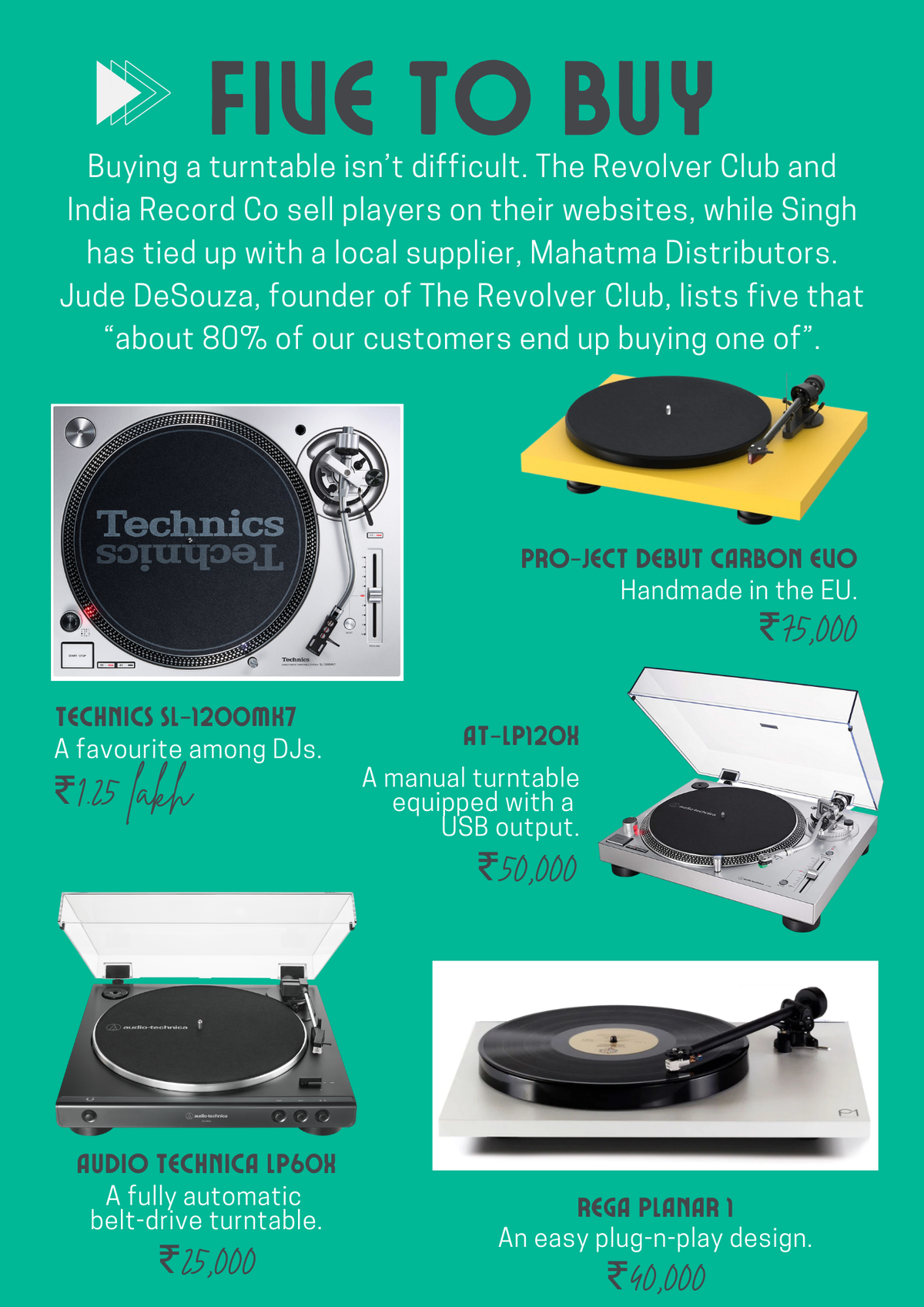 The country’s first craft beer and vinyl bar opened its doors on May 13. The idea for the space, according to founders Nakul Bhonsle, Akshar Halgali and Karthik Chandrasekaran, stemmed from their mutual love of vinyl, coffee and beer. As one of the first places to serve up this unique combination, they are aware of their first mover advantage. “We want to be at the forefront of this scene. We hope to build a platform that initiates a lot more people into vinyl culture,” says Bhonsle. With events planned like Bring Your Own Vinyl, Vinyl Jukebox, and Vinyl Sunday Sundowner — and a Vinyl Programme Director at the helm of things — the trio hopes to entertain both the vinyl curious and the connoisseur.

The analogue way of life may well tide over the hype and become a momentum. After all, there’s no debating the fact that once you fall in love with vinyl, there is no going back. Mittal believes the trend will grow. “I’m happy to see people of all ages, especially of my age group, taking up the habit of collecting music in physical formats and appreciating the analogue feel and touch of a vinyl record,” he concludes.

The writer is an independent journalist based in Bengaluru. 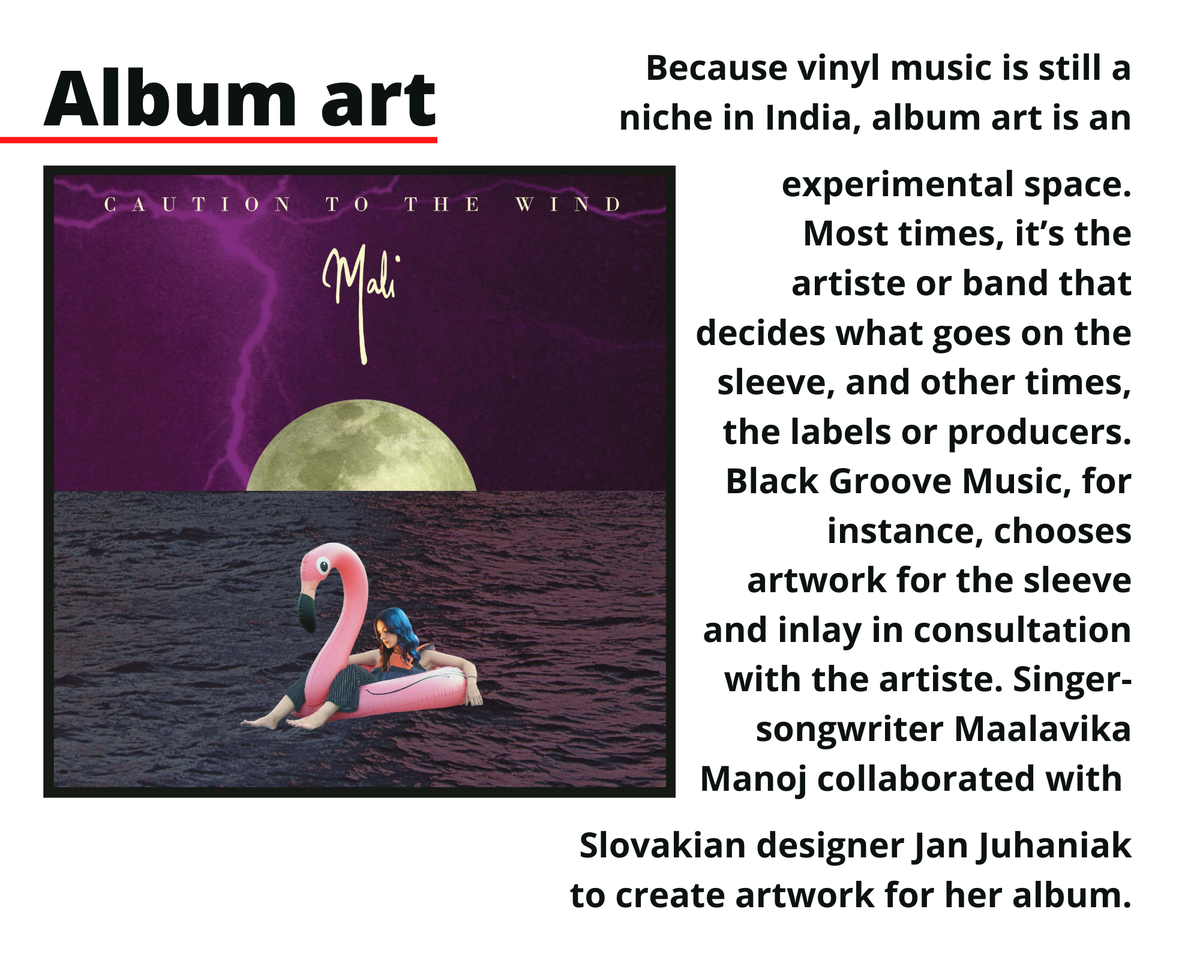 A pressing matterUnlike digital music (which can be created on a computer with minimal recording software), making a record — or ‘pressing a record’, to use the insider term — is a time-consuming and expensive process. They are manufactured in pressing plants equipped (mostly) with decades-old machines. According to estimates, there are around 100 or less such facilities worldwide (mostly in the US and Europe). And with international artistes releasing their songs on vinyls in far greater numbers — Sony Music, for instance, placed an order of 500,000 vinyl records for Adele’s 30 last year — production is backed up for anywhere between six and eight months.
In India, record production, which began in 1958 with Gramophone Company of India/HMV (present day Saregama India Ltd), came to a halt in the 80s. “Our last plant shut in 1983 and after that we’ve had to import records,” says Nehal Shah. Amarrass Records, a Delhi-based record label, is most likely the only entity that owns a vinyl-cutting facility of its own. “Our machine allows us to make one record at a time and we can do a limited production of 20-50 records a week,” says Ashutosh Sharma, who founded Amarrass with Ankur Malhotra. He and Malhotra travelled to a small town in Germany to learn how to operate the machine. The company represents (mostly folk) artistes that include Padma Shri awardee Lakha Khan, Barmer Boys, Rehmat-e-Nusrat and Jumme Khan. Amarrass produces on an average around 60-80 records per album. “Most Indian artistes cannot afford to press records, so our motive is to enable small artistes to make their own music records.”

‘Darlings’ movie review: A quirky take on domestic violence that is less than the sum of its parts