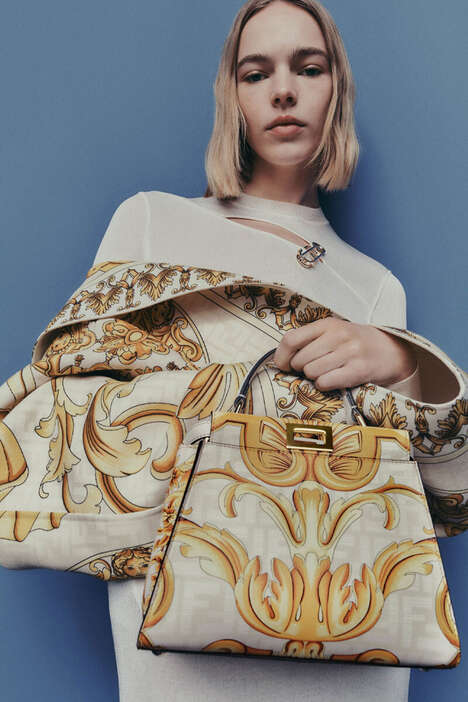 The highly-anticipated luxury brand Fendace, which arrives via a three-way collaboration between luxury heavyweights Versace, Fendi, and Kim Jones, has officially released its first collection, which was originally teased during Milan Fashion Week in 2021.

The new collection includes two ranges, playfully titled ‘Fendi by Versace’ and ‘Versace by Fendi,’ both of which combine both labels’ design aesthetics while incorporating elements offered by Kim Jones. As a result, both brands’ staple pieces arrive in reimagined forms.

“It’s a swap rather than a collaboration, and most of all, it is done out of friendship. It is the beauty of togetherness after time apart and a celebration of women who have inspired me so much,” said Kim Jones in a recent press release.