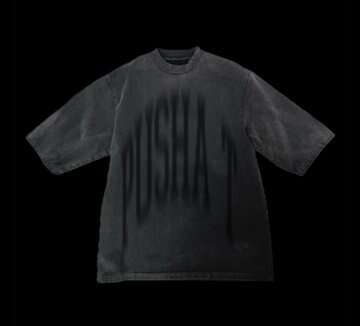 To go along with his new album released on April 22, Hip-Hop artist Pusha T has dropped a merchandise box set designed by none other than Kanye West. The collection takes after his album name ‘Its Almost Dry.’

Kanye West and Pusha T are both G.O.O.D. Music emcees, with the former owning the record company. This collaboration is no surprise as the two have been friends for almost 20 years dating back to 2006, and have publicly defended one another.

The strength of their friendship is shown through this ‘Its Almost Dry’ brick box set, with Pusha T giving Kanye all the credit. He went on Twitter to share his excitement for the collection, saying, “YE COOKED UP THE BRICK… DONDA DESIGNED BOX SET FOR SALE NOW.”

The bundle comes with a black T-shirt with’ PUSHA T’ on the front and his ‘Its Almost Dry’ slogan on the back. A CD copy of the album and a plain white box fills out the rest of the set.