Saha lays the foundation with a 38-ball 68; Umran’s scorching five-for, Abhishek and Markram’s half-centuries and Shashank’s cameo go in vain for Sunrisers

Saha lays the foundation with a 38-ball 68; Umran’s scorching five-for, Abhishek and Markram’s half-centuries and Shashank’s cameo go in vain for Sunrisers

Rashid Khan had a forgettable outing thus far in the long night. The formidable leg-spinner had been taken apart by the left-handed Abhishek Sharma who slog-swept his googlies, striking against the turn for three sixes.

Now with Gujarat Titans, he was playing against his former team Sunrisers Hyderabad and had a point to prove. 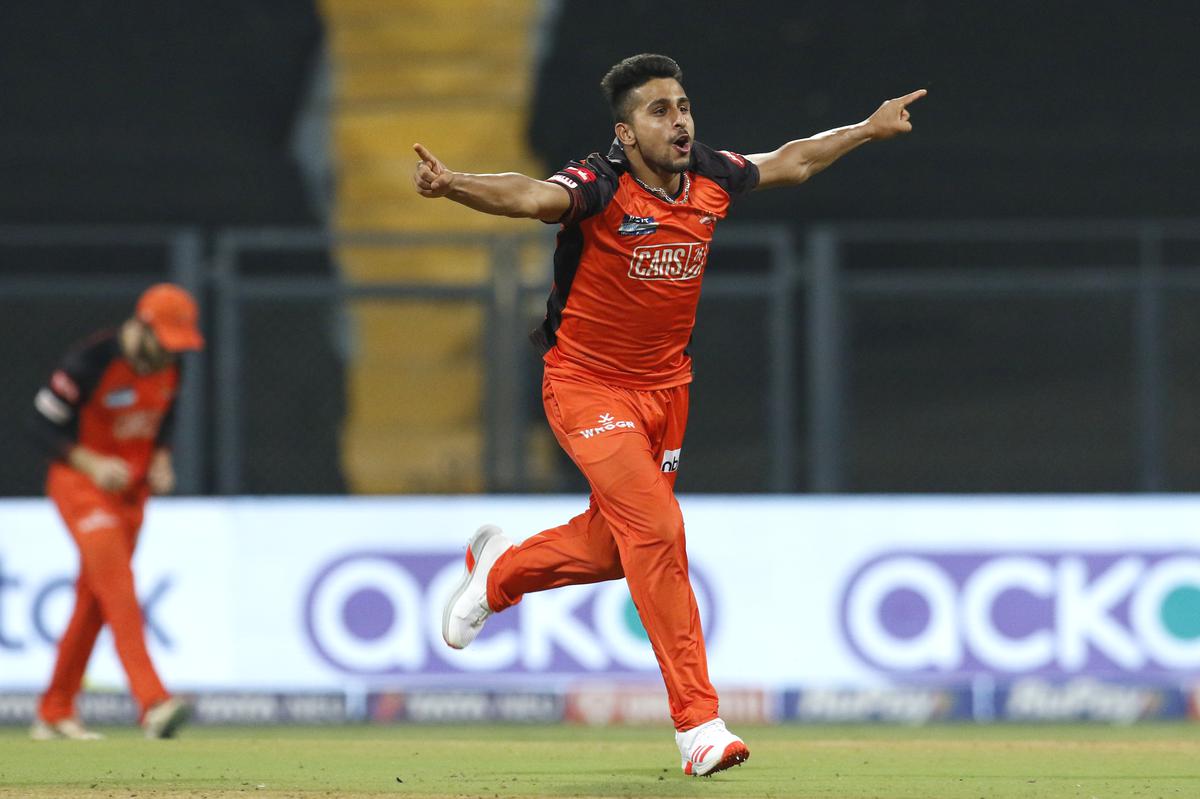 The last four deliveries of this Wednesday night humdinger in the Tata-IPL offered a shot at redemption for Rashid.

Rahid needed to score 15 runs off the remaining balls — the side was chasing a daunting 196 — to win it for Gujarat. Beanpole left-armer Marco Jansen was the bowler.

The over’s third ball was struck straight over Jansen’s head for a six. This was followed by a dot ball as the sphere missed Rashid’s flashing blade.

Then, more drama. The fifth delivery was slashed over extra-cover by the inspirational Rashid for a maximum. It was down to three runs off the final ball.

Those in the dug-out were chewing nails. There was tension all around. Kane Williamson had a conversation with Jansen. The mid-wicket was moved wider.

Jansen pitched short and the nerveless Rashid, quick of feet and brave of heart, struck the sphere over a leaping Natarajan for a six over fine-leg.

Rashid raised his arms in triumph. Against the odds, Titans had ‘stolen’ a last-ball five-wicket win.

The final barrage actually started from the fifth ball of the 19th over.

T. Natarajan missed his yorker and Rahul Tewatia dumped him for a six. He then took a single of the final delivery.

It was 22 to win off the final over. Jansen’s first delivery, a misfired yorker, was sent over the mid-wicket fence for a six. Then Tewatia took a single to backward square-leg.

From here on it was all Rashid.

The left-handed Tewatia’s 21-ball unbeaten 40 was a vital effort. A clean striker of the ball, with the ability to innovate, he kept GT in the hunt.

Wriddhiman Saha’s 68 of footwork and dare, cuts and pulls, drives and lofted shots, built a platform for GT against a quality attack.

Earlier the red hot Umran Malik bowled with searing intensity and pace on an unresponsive pitch.

Bowling with precision at speeds in excess of 150 kmph, the rhythmic Umran finished with five for 25 — four of his victims were beaten and bowled by the sheer velocity and venom of his swinging full length deliveries.

It was a night of several twists. The fiery Lockie Ferguson saw his last three deliveries of the innings being dismissed by the unsung Shashank Singh for spectacular sixes.

And loose-limbed southpaw Abhishek (65) and the smooth-stroking Aiden Markram (56) found the gaps and cleared the fence to lend substance to the Sunrisers’ innings.

This was a thriller, pure and simple. And it exploded at the finish

Houston Gamblers hand the Birmingham Stallions their first loss of the season, 17-15