The wickedly funny and talented actor has a lot to say about everything, from her theatre days to OTT platforms, in her autobiography

Like much of Neena Gupta’s recent onscreen work, her memoir Sach Kahun Toh (which roughly translates to ‘Truth Be Told’) is rich in sociological detail. There are several chapters and passages dedicated to her Delhi childhood, with a keen eye for the bigger picture.

In one chapter, she talks about her time as an undergraduate at Delhi’s Janki Devi Memorial College, which, as Gupta points out, was seen as a ‘behenji’ college. “I don’t understand how this word came to be associated with women who don’t speak English as their first language. Who dress only in Indian clothes like a salwar kameez or sari, read only Hindi literature, and are traditional and don’t subscribe to modern ideologies.” She writes about how people struggled to put her into these clear-cut boxes. “I know it’s contradictory to be called a ‘behenji’ and ‘shameless’ in the same breath but these two words have been most descriptive of my life. I was a Sanskrit-loving girl who wore tops with spaghetti straps and that confused people.”

(Stay up to date on new book releases, reviews, and more with The Hindu On Books newsletter. Subscribe here.)

Gupta’s career, like her life, has defied stereotypes at every turn. Across just about every medium (theatre, film, television, web), her projects have been ahead of their time. During a telephonic interview, she recalled working on her very first film

Aadharshila (1982), directed and produced by Ashok Ahuja and starring actors from the NSD (National School of Drama) circuit that Gupta was familiar with. “It was a very small, self-sufficient project,” Gupta said. “I wore my own clothes, there was no make-up. Most of the actors knew each other: Naseeruddin Shah, Anita Kanwar, Annu Kapoor, Raghubir Yadav. There was no money to pay the actors since the director (Ahuja) was using his own funds to make the film. Not many people saw the movie because it wasn’t released properly.” 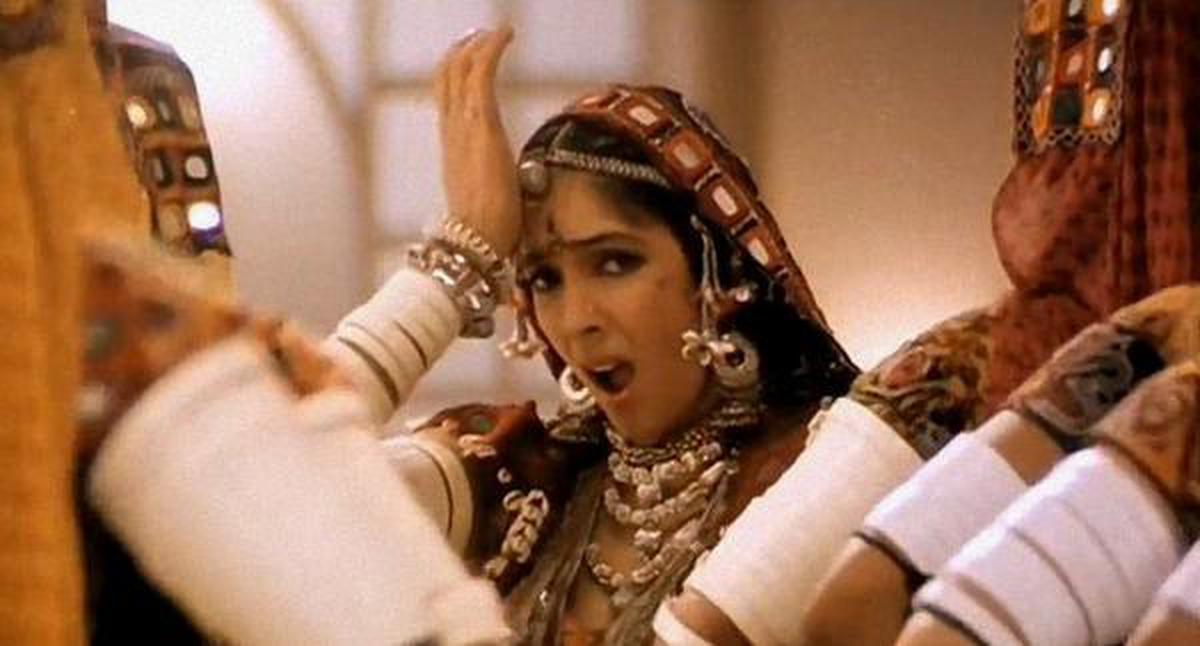 Gupta speaks of her time at NSD with great fondness. “When B.V. Karanth was in charge, we did a lot of musicals. Also, classics such as Shahjahan and Sakharam Binder and Aadhe Adhure. We also performed an open-air Badal Sircar play on campus.”

Theatre training was tough, says the actor in her book. The long hours and relentless rehearsals felt like punishment at times. Gupta narrates an instance when she had to perform on stage with a sore throat. The whole experience was ultimately very fruitful, she says. Recently, while shooting for commercials at her Mukteshwar

residence in Uttarakhand, Gupta says she tapped into her innermost reserves to make the best use of all the lessons from those early days — camerawork, lighting, sound, make-up and so on. “I am a firm believer that learning never goes to waste. What I learned in those days came in handy while shooting during the lockdown. Otherwise, I would have found it very difficult to work in isolation like this,” she said.

Like any self-respecting artist, Gupta learned early on to incorporate and adapt details from her life into her work. For instance, the story behind the National Award-winning documentary Bazaar Sitaram (1993), which Gupta produced, directed and acted in, is a charming one. Sometime in the early 90s, her father took her to his old family house in Delhi. “He took me on a tour in a cycle rickshaw — the roads were too narrow for cars —

and we finally reached his house in Takhat Wali Galli, Mohalla Imli, Bazaar Sitaram. What a melodious address it was!” The experience made Gupta think about an assignment from her NSD days, wherein students were asked to create something representative of the cities and States they came from. Gupta realised that what she had was a rare piece of Delhi that wasn’t derivative of other cultures, something that was uniquely and undeniably its very own. As she writes in the book, “A light bulb went on in my head and I realized I had to capture it in my work somehow.” 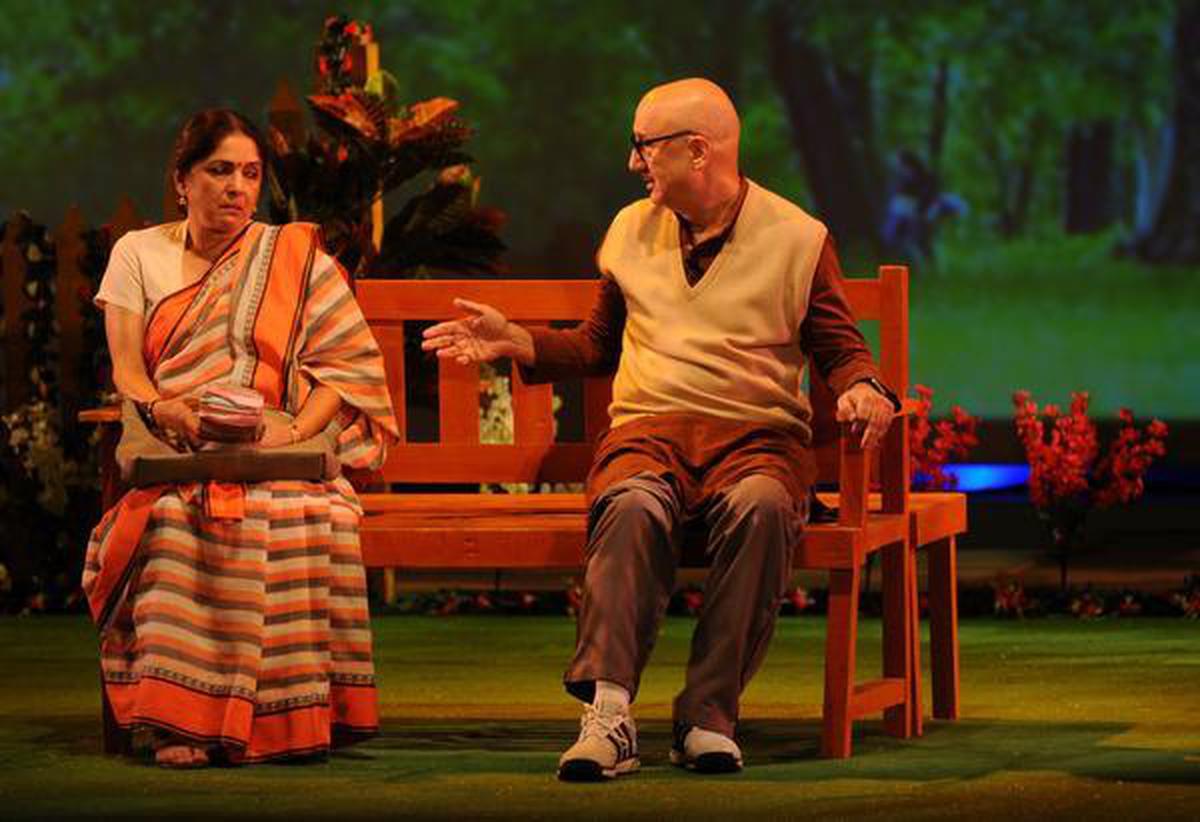 While Gupta’s formative years form the first half of Sach Kahun Toh, the latter part is all about her films and TV career. We read about her auditioning for and winning a part in Richard Attenborough’s Gandhi, a kind of turning point, after which Gupta moved to Mumbai to pursue a movie career in earnest. Whether about her work or love life, Gupta is nothing if not blunt. And yet, there is an unmissable compassion, a distinctive geniality that runs through the book.

There are also anecdotes about eccentric directors and cheating men, as well as more recent hijinks on newer projects close to her heart — like the Netflix show Masaba Masaba, where she is cast alongside her daughter, designer Masaba Gupta.

Then there’s the Amazon Prime Video show Panchayat, where Gupta plays a reluctant panchayat head. Set in a remote Uttar Pradesh village, the show focuses on governance issues at the grassroots level and turned out to be an unexpected hit.

“What happened here was that OTT platforms emerged at a time when television in India was on the decline. These platforms experimented with new ideas, and found that a lot of people liked these new ideas, they were interested in stories from small towns and villages, they wanted to challenge themselves as viewers. And so, due to this positive response, many more actors and directors and producers wanted to bring these stories onscreen.”

Gupta herself is likely to be at the forefront of such stories in the near future, it’s safe to say. Sach Kahun Toh is a fascinating window into the sensibilities and influences of one of our finest actors.

The writer and journalist is working on his first book of non-fiction.

The Carnatic hip hop wave is rising, and the mridangam is at the centre of it

Jennifer Lopez and Ben Affleck: Why the celebrity couples ruling summer have been just the escape we needed

7:00 AM ET ESPN staff The Week 2 NFL schedule for the 2021 season is stacked with great matchups, and

Company recently alleged harassment by Kerala govt. agencies The Kitex Group of companies has said that it has signed two

Tesla to work with global regulators on data security