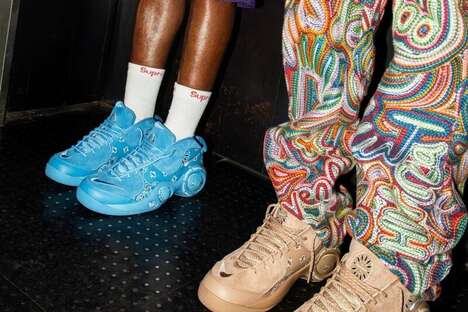 Today, streetwear label Supreme has teased a new collaboration with Nike on Instagram by posting an image featuring the Supreme x Nike Air Zoom Flight 95 in an eye-popping blue colorway. The new bright blue silhouette is shown alongside a previously released tan version of the sneaker, which features a paisley print on its side panels.

Based on the image, the vibrant blue version of the sneaker appears to feature a branded Supreme logo on the tongue and matching blue air bubbles. Aside from the color makeover, the rest of the Nike Air Zoom Flight 95 remains untouched, and, therefore, still features a suede finish and a signature Nike swoosh on the toe box.

Reportedly, the new blue version of the shoe will be one of three iterations to be released by the brand in the coming months.