One of the chords that integrates India is A.R. Rahman’s music, but we still don’t know how the creations of a shy Tamil boy found a devoted audience across the world. Everybody seems to have a favourite Rahman song but the reticent composer remains an enigma.

Celebrating three decades of his journey, National Film Award-winning director Umesh Aggarwal launched on August 26, a year-long series Rahman Music Sheets on his YouTube channel O2india, which not only profiles Rahman through in-depth interviews with his collaborators but also brings together young artistes from across the globe to recreate his music.

“I wanted to convey that Rahman’s music transcends boundaries. We have school students in Japan, who don’t speak Hindi or English, recreating the music of his Tamil films. There are students from the Berklee College of Music and Stanford University,” says Aggarwal, who is remembered for his documentary Jai Ho, that had chronicled the rise of Rahman as a global icon. The new series showcases artistes from the U.S., the U.K., the Czech Republic, Croatia, Turkey, U.A.E. and Australia talking about Rahman. There are other off-beat moments, like the four-year-old Mizo girl singing ‘Vande Mataram’ and a Mizo group singing a choir version of ‘Maa Tujhe Salam’.

Reflecting on the moment when Rahman became a global star, Shridhar Subramaniam, president, Corporate Strategy and Market Development, Asia and Middle East, at Sony Music Entertainment says, “When they presented ‘Vande Mataram’ at the Global Sony Music Conference in Manila, the fear was if it would work in an audience that’s not Indian. “Nobody understood the words, but they understood the quality of the sound.” Today, he says, Rahman means as much to Sony as Bob Dylan, Bruce Springsteen or Celine Dion. While many of his collaborators believe that Rahman’s compositions have so much emotion that they don’t require lyrics to embellish them, Rahman himself says he imbibed the importance of language from Subhash Ghai who would say, “If you don’t learn the language, you cannot compose.” The two collaborated on Taal, arguably the biggest hit in Rahman’s Hindi film career. “Earlier, I used to think that my music would survive anywhere… but after his advice, I started learning Hindi, reading couplets and poems in Urdu.” It introduced him to the history of Hindi film music. Coming from the South, he says his knowledge was limited to a few soundtracks. “Then I discovered Naushad, Madan Mohan, Hridaynath Mangeshkar, S.D. Burman… it was amazing.”

Looking back, Shekhar Kapur, who collaborated with Rahman on Elizabeth, says that traditionally, in Indian songs, you would say “here are the lyrics, here is the tune, and here is the orchestration to it. But in a Rahman number, they are all tightly knit together. That he has mastery over all of it was very new to us.”

Ram Gopal Varma, who introduced Rahman to Hindi films with Rangeela, recalls that Rahman didn’t have “creative arrogance.” “He would never ever defend something he made. If for some reason the director didn’t like the tune, he would make another tune, but never defend or explain it, which is fascinating.”uAshutosh Gowarikar feels that Rahman, at heart, is very commercial in his likes and dislikes. “But in his mind, he wants to create a new kind of sound; may be a new deviation within the melodic track, and that’s unusual.” 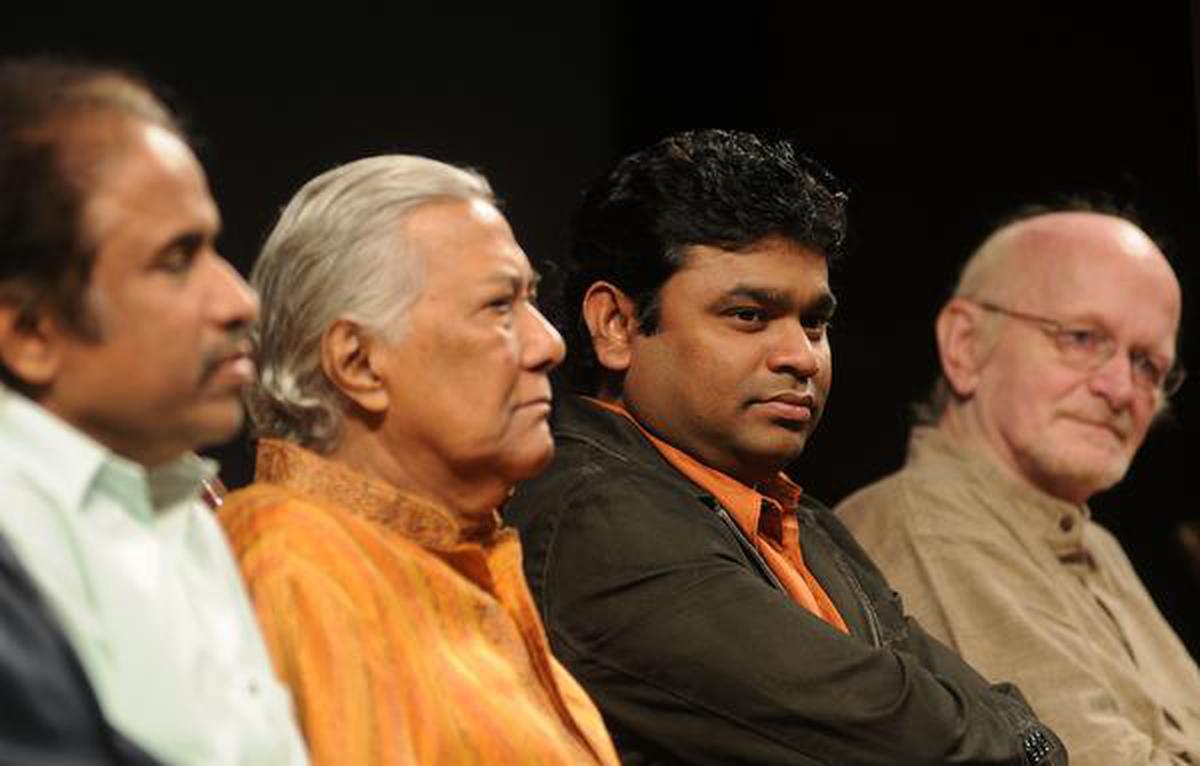 He cites the example of Swades, where Rahman used shehnai to a mesmerising effect in the climax. “The idea was to show how Mohan Bhargav (the main character played by Shah Rukh Khan) is once again wedded to the country, and a marriage is incomplete without the shehnai. But never in my imagination did I think that he would use the shehnai in this manner — he used it as a refrain and created such an emotional track out of it.”

On Rahman singing ‘Ye jo des hai tera’, Gowarikar says, there’s a soulful quality to his voice that adds another dimension to the songs he renders. Varma says Rahman expands the horizons for the filmmaker; and recalls how using his voice for Aamir Khan in ‘Mangta hai kya’ was “pathbreaking”. “Aamir felt that people would laugh as they were used to Udit Narayan as his playback but Rahman completely destroyed the concept of one singer singing for an actor. The unconventional approach challenges the director to think differently about song picturisation and choreography.”

Kapur describes Rahman as “pretty international”. “He understands the resonance of sarod as much as that of an aboriginal instrument. He understands Indian ragas but has also studied Western classical. To say that he has combined Eastern compositions with Western technology actually belittles his ability. It’s far more than that.”

Commenting on the longevity of Rahman as a global musician, Danny Boyle points out that one of the curses of being a song composer in the West is that no matter how skilled your work is, it’s often unacknowledged. “Normally, the public doesn’t really notice it. But Rahman is so gifted that he does that job as well as gives you tunes that, like great pop tunes and musical motifs, you carry with you.”

On his spiritual side giving strength to his music, Kapur says it is like when Michelangelo painted the Sistine Chapel because he believed he got his strength from his spiritual and religious beliefs. “With Rahman, I feel, it is more religious. If that is what works for him, then god be with him, because wherever it comes from, it is amazing.”

LAS VEGAS — Alexander Volkanovski‘s status as the best featherweight in the world has been solidified. After escaping several close

Dr. Pawan Goenka is driving an unusual public-private partnership, informing and helping finetune policy changes Before the pandemic started, the