For a prolific film industry like ours, it is disheartening that there are very few books that discuss the art and work ethic of filmmakers. One of the reasons is that directors and technicians don’t easily open up about their craft. More often than not, the task is left to film journalists who, despite the best of intentions, provide only a ringside view of the magic that is created on the sets. Amidst the reams of hagiographies, hearsay biographies, and second-hand accounts, comes a book that discusses the work and verve of Raj Kapoor, the original showman of the Hindi film industry.

Narrated by noted director Rahul Rawail, who started his career as an assistant to Kapoor in  Mera Naam Joker and  Bobby,  Raj Kapoor: The Master At Work (Bloomsbury) provides an honest insight into what made the brand RK endure.

Of course, there are portions, when Rahul gushes like a fanboy, and there are segments where the expression could have been subtle, but eventually, it unravels the passion behind the spontaneity of the master. Through anecdotes and inside stories, he paints an intimate picture, where we get to experience his genius as well as the quirks .

“It is less of a biography and more of my personal experience with him. Nobody has written about how Raj sahib was as a director on the sets,” says Rahul Rawail, who made hits like  Love Story,  Betaab, and  Arjun. Much before Karan Johar became known as the go-to director for launching star sons and daughters, Rahul was responsible for launching many of them .

Explaining what made Raj Kapoor unique, he says, it was the simplicity with which he narrated complex ideas. “He never had to underline that his work was artistic. The art was always in-built in his narrative, in his storytelling.” Raj Kapoor’s visual focus was on creating a triangle between the three main characters in  Sangam. “By triangle, I mean three people standing in three corners, and this composition, which left the impression of a triangle, was maintained till the climax.” 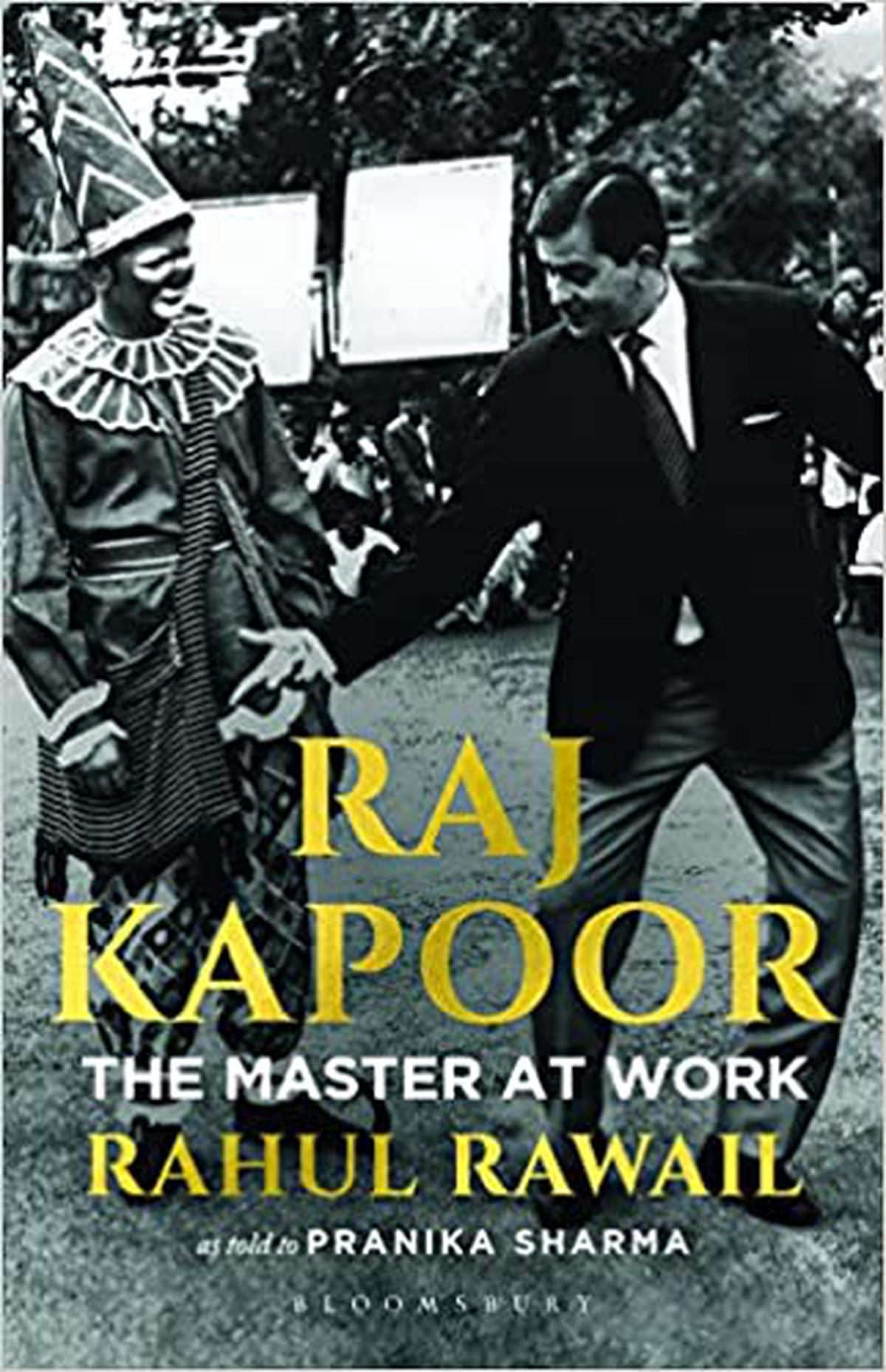 A great teacher, RK would at times end the day with an evening with the unit where his head projectionist Dambara would play a collection of his best scenes. “Be it the triangular composition in  Sangam or the dream sequence in  Awaara, much of my education happened during these Dambara Nights. He encouraged questions and would explain his point of view in detail.”

Like art, he says, social messages were woven carefully into the narrative. “In  Bobby, nowhere did he touch upon the Hindu-Christian question. But a song in the background does say ‘Beshak mandir masjid todo par pyar bhara dil kabhi na todo’.

For Rahul, Raj Kapoor’s best work was  Prem Rog. He says the way he handled the theme of widow remarriage underlined his social commitment. “According to me, the highlight of the film was the bond between the girl and her father-in-law.” The film, he says, emerged from a radio play by Kamna Prasad. “Raj sahib recorded the radio play, requested her to narrate it, and declared that he was making a love story. When Randhir Kapoor asked where is the love in the 15-minute story, he said, ‘you don’t know, it will come’.”

Raj Kapoor had his finger on the pulse of the audience. “When  Ram Teri Ganga Maili released, every morning he would call up the manager of Jai Hind theatre, in Lalbaugh, in Mumbai, it had a 6 a.m. show for the factory workers who did night shifts. Every day, he would ask him what was their reaction to the scene where Mandakini slips while having a bath in the waterfall and Rajeev Kapoor holds her hand and asks her name. ‘When she says Ganga, the audience goes ecstatic’, the manager told him.” In the previous scene, Rajeev’s grandmother asks him to bring Ganga (water) for her. “Raj sahib had told us if this scene didn’t work, the film would fail.”

Fluent in English, Hindi, Bangla, and Urdu, Rahul says Raj Kapoor and Dilip Kumar used to converse in Pashto. “He had a flair for languages and musical instruments. He would just pick up an instrument and start playing it.” 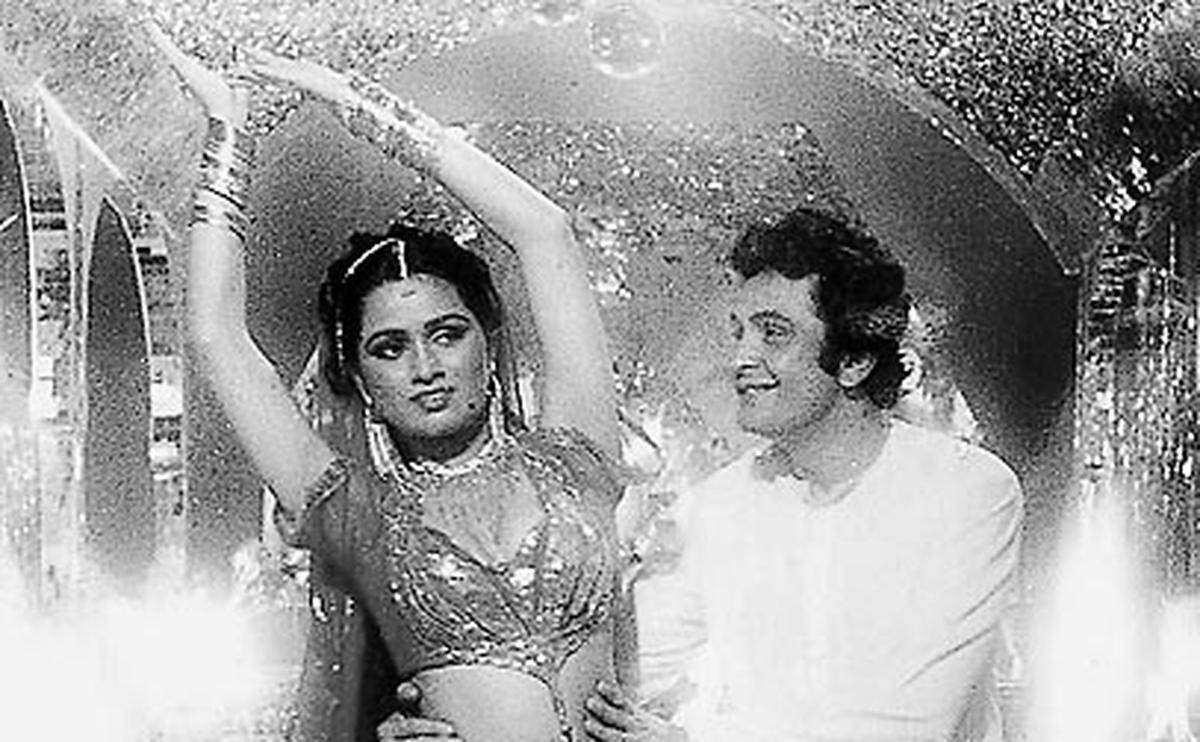 Music and songs were integral to his storytelling. Rahul says Raj Kapoor not only had an ear for music but could even tell the composer where and how to infuse the  alaap in a song. “At least two songs, ‘Jhooth bole kauwa kathe’ and ‘Sun sahiba sun’, were his creations . Much before he found  suitable situations for these songs, Raj sahib used to hum them.”

Rahul agrees with the general perception that Raj Kapoor was a better director than an actor and used his acting talent to fund his studio but adds that his spontaneity in acting was acknowledged by the greats of the industry. “Dilip sahib once told me that during the shooting of  Andaz, while he would reach the sets three hours before the shoot to prepare for the scene, Raj sahib would arrive after completing the night shift of  Boot Polish. Still, he would walk away with all the applause.”

He openly discusses the eccentricities of the master, without being judgmental. He feels Raj sahib had little sense of humour, at least not when he was working. “One of his biggest indulgences was the Black Label whiskey, which he used to procure from London. On the dining table, Rawail says, it was hard not to laugh at his choices. He would spread butter on the buns and then put a jalebi in between and if you askedat is he up to, he would dip it in tomato ketchup. Is there any rule, he would ask.”

What would he have done in today’s capitalist world where conflicts in love are superfluous? “Raj Kapoor would have still found a way to tell his stories,” says Rahul Rawail.