Entertainment
May 3, 2022 ReView The NEWS

Sanjay Dutt took to his Instagram handle to share a few precious throwback pictures of his mother Nargis Dutt as he remembered her today on her death anniversary. 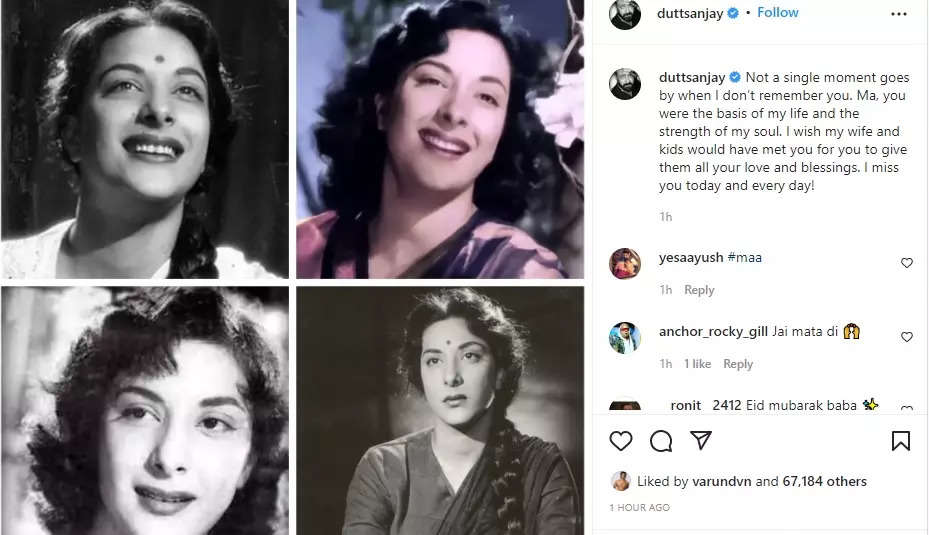 Sharing a collage of her beautiful pictures, Dutt wrote, ‘Not a single moment goes by when I don’t remember you. Ma, you were the basis of my life and the strength of my soul. I wish my wife and kids would have met you for you to give them all your love and blessings. I miss you today and every day!’

Nargis passed away on May 3, 1981 at the age of 51 after a long battle against cancer. She died just three days before the release of Dutt’s debut movie, ‘Rocky’.

Meanwhile, on the work front, Sanjay Dutt is currently basking on the success of his last film, ‘KGF: Chapter 2’ where he essayed the role of Adheera. The movie starred Yash in the lead role and also featured actors like Prakash Raj and Raveena Tandon in key roles.

Next, Dutt will be seen in ‘Prithviraj’ which will star Akshay Kumar and Manushi Chhillar in lead roles. Apart from this, he is also a part of the Ranbir Kapoor and Vaani Kapoor starrer ‘Shamshera’.