His 110-run partnership off 71 deliveries with Rajapaksa flattens the CSK attack; Rayudu’s brilliant 39-ball 78 goes in vain as Arshdeep stifles the chase

His 110-run partnership off 71 deliveries with Rajapaksa flattens the CSK attack; Rayudu’s brilliant 39-ball 78 goes in vain as Arshdeep stifles the chase

Shikhar Dhawan’s free-spirited batting and his sheer physicality has the heart and the rhythm of Bhangra, a popular Punjabi dance.

Cricket and batting for him is a celebration, a waltz where he expresses himself.

The left-handed opener’s unbeaten 59-ball 88 was a major hand in Punjab Kings’ 11-run win over Chennai Super Kings in their Tata-IPL clash at the Wankhede Stadium on Monday. 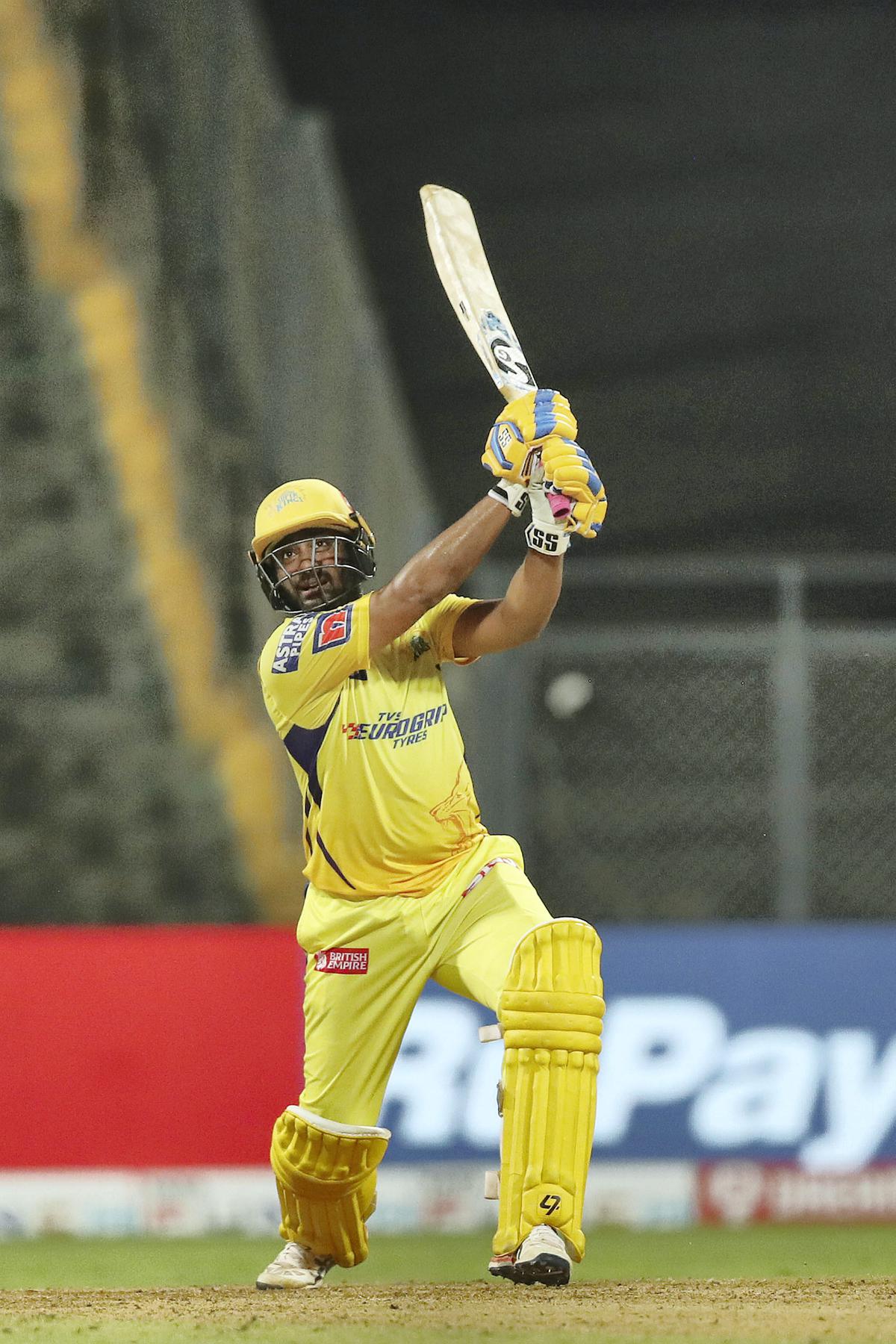 Eventually, Punjab Kings’ 187 for four after being inserted proved a couple of hits too far for Super Kings, with the talismanic M.S. Dhoni blasting a four and a six towards the end but succumbing to seamer Rishi Dhawan’s outside the leg-stump delivery in the last over.

It was a chase where the little Ambati Rayudu did some heavy lifting with a 39-ball 78 of nifty footwork, innovative strokeplay and power.

Rayudu’s onslaught on seamer Sandeep Sharma was breathtaking. It was brave, raw and brutal with leg-side sixes, a slashed six and an on-the-walk boundary,

But then, champions pull their weight when it matters most. The fast Kagiso Rabada yorked Rayadu. It was a clinical strike.

Ruturaj Gaikwad, timing the ball sweetly, promised much but Rabada, that man again, removed him with a fuller length ball just outside off.

For Punjab, the crafty left-arm seamer Arshdeep Singh too was a hero, bowling nervelessly at the death.

Earlier, the electrifying Liam Livingstone provided a boost to the Kings’ innings with a seven-ball 19.

Livingstone cut loose with reflexes, power and precision. The key was the quickness with which he picked Dwaine Pretorius’ length.

Dhawan too innovated and created in the end overs, coaxing the ball through the gaps.

The 110-run partnership between Dhawan and Bhanuka Rajapaksa was the backbone of the innings.

Dhawan square-drove, back-cut and whipped the pacemen, and lofted and swept the spinners.

Rajapaksa (42), a natural striker of the ball, played his strokes with authority,

Left-arm spinner Santner bowled capably and it was surprising that he sent down just two overs.

Captain Hardik has made a mark and how!