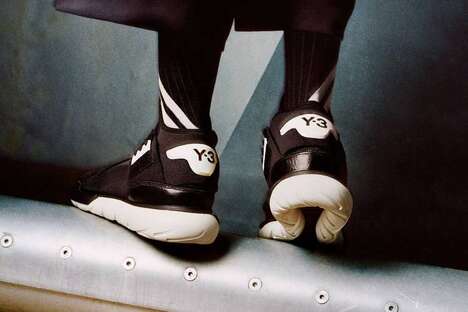 adidas unveils another iteration of the Y-3 Qasa High sneaker model alongside designer Yohji Yamamoto, bringing life back to the silhouette. It was notably one of adidas’ most technical designs and iconic addition to the ongoing 20-year partnership between the two. The shoe was originally released back in 2013 and was noticed due to its avant-garde design language.

This time around, it boasts most of the same minimal design including the black and white colorway palette. It has an EVA outsole foundation which is actually inspired by the 90s Tubular running technology. It is constructed from a neoprene material throughout the sock-like upper and has elasticated straps around the front, a leather toe cap, and a smooth lining by the heel.