Entertainment
May 3, 2022 ReView The NEWS

The … says popular host and television personality talks about her film, Suma Kanakala to be seen in an unglamorous avatar in ‘Jayamma Panchayati’, to be released on May 6

The popular host and television personality talks about her film, ‘Jayamma Panchayati’, to be released on May 6

Dressed in a traditional sari and sporting a nose ring and big bottui, Suma Kanakala steps in as Jayamma in Jayamma Panchayati. Directed by Vijay Kumar Kalivarapu, the movie that is set to release on May 6 is about a villager fighting for her rights. 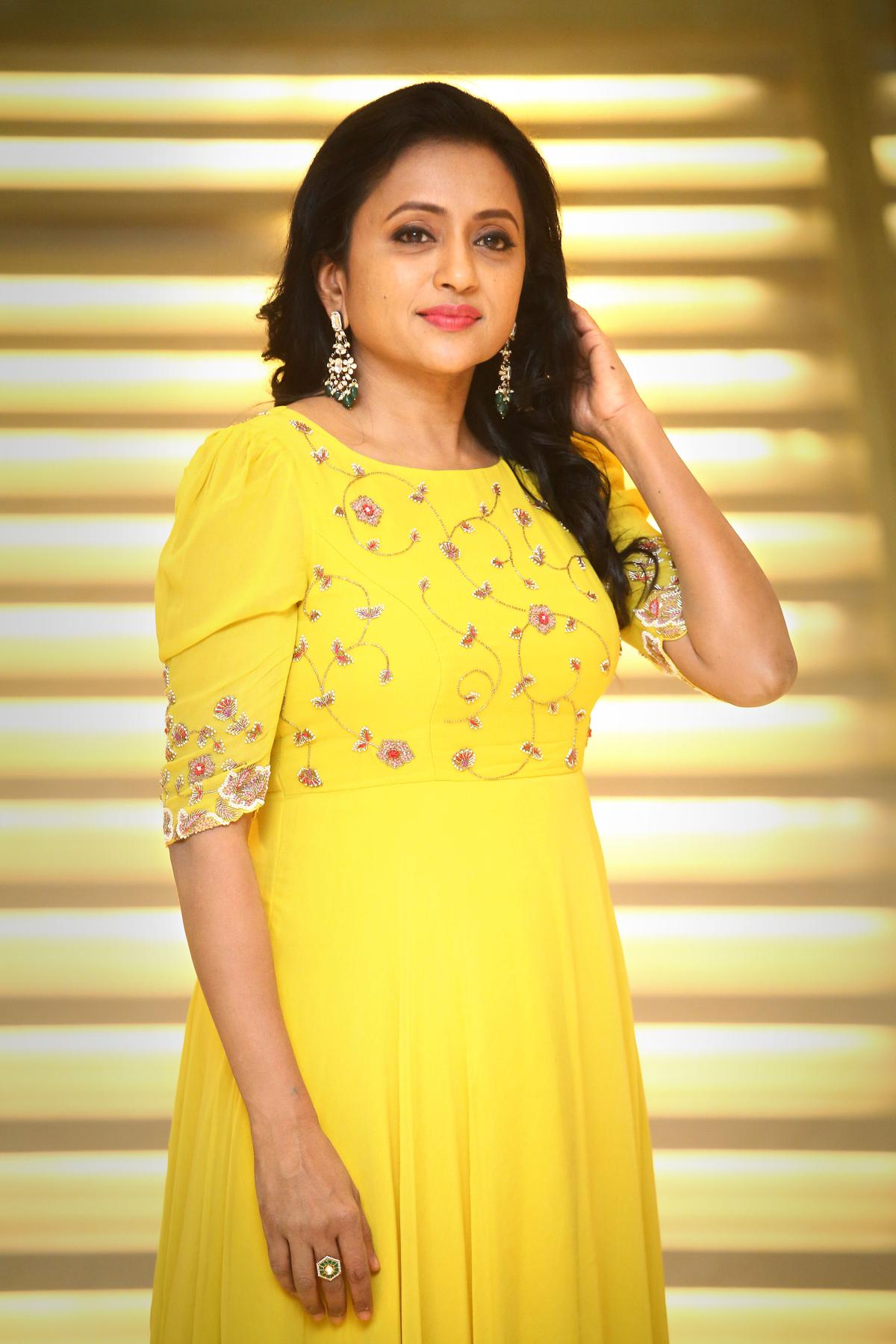 The television personality is on a three-day promotional spree across Telangana and Andhra Pradesh, unmindful of the soaring temperatures. Suma is travelling to Warangal and returning to Hyderabad to be with her daughter Manasvini on the first day of her Class X Board exams and then leaves for Vijayawada and Rajahmundry to continue the promotional events in person and on social media.

Over a 15-minute call, while travelling in a car, Suma reveals that movies have been on her mind even while doing television. Though she has done a few films earlier, the lack of a good script halted her dreams. “When Vijay Kumar Kalivarapu came with this unique idea of a woman from a village fighting for her rights I thought it was apt for me,” she says, adding discouragement from her friends about the role as Jayamma was her opposite in real life actually inspired her to take up the project. “If Suma is being Suma even on screen, then what is the fun? I wanted to do something different.” Shot during the summer of 2021 in Palakonda and Chennayapeta around Srikakulam Jayamma…, also starring Shalini Kondepudi and Dinesh Kumar, highlights the significance of lending a helping hand to a person/family facing a crisis. She elaborates, “The custom of eedlu meaning giving gifts during marriages or other family functions has been created thoughtfully by our elders. Since a family cannot handle finances for and after a wedding/function, the guests give money maybe ₹ 101 or ₹ 501 in the form of gifts; the hosts make a note of it and return it as gifts to that family during a function at their place. Unfortunately, we are losing this custom in cities as marriages have become more about bouquets and decorative items. Thankfully, this custom continues in villages.” What happens when Jayamma has an issue and also a function at home during the same time forms the crux of the story.

An approach to fight for your rights and not giving up , helps people not just during life’s challenges but also in small things such as sticking to resolutions, says Suma. “Many people start a routine enthusiastically but leave it mid-way. A strong mind and positive attitude will help them to stick to their word/work.” Suma adopted one such approach when clouds threatened to disrupt the last day’s shoot. The director and crew felt the shooting could not commence, but with a tight schedule Suma could not afford a production delay “I stood like a rock and asked ‘why will it (shooting) not happen.’ We set up tents and shot beneath them. The director and cinematographer might have thought ‘ Oh my God, this woman is troubling us so much but still they shot it,” she recollects with a laugh 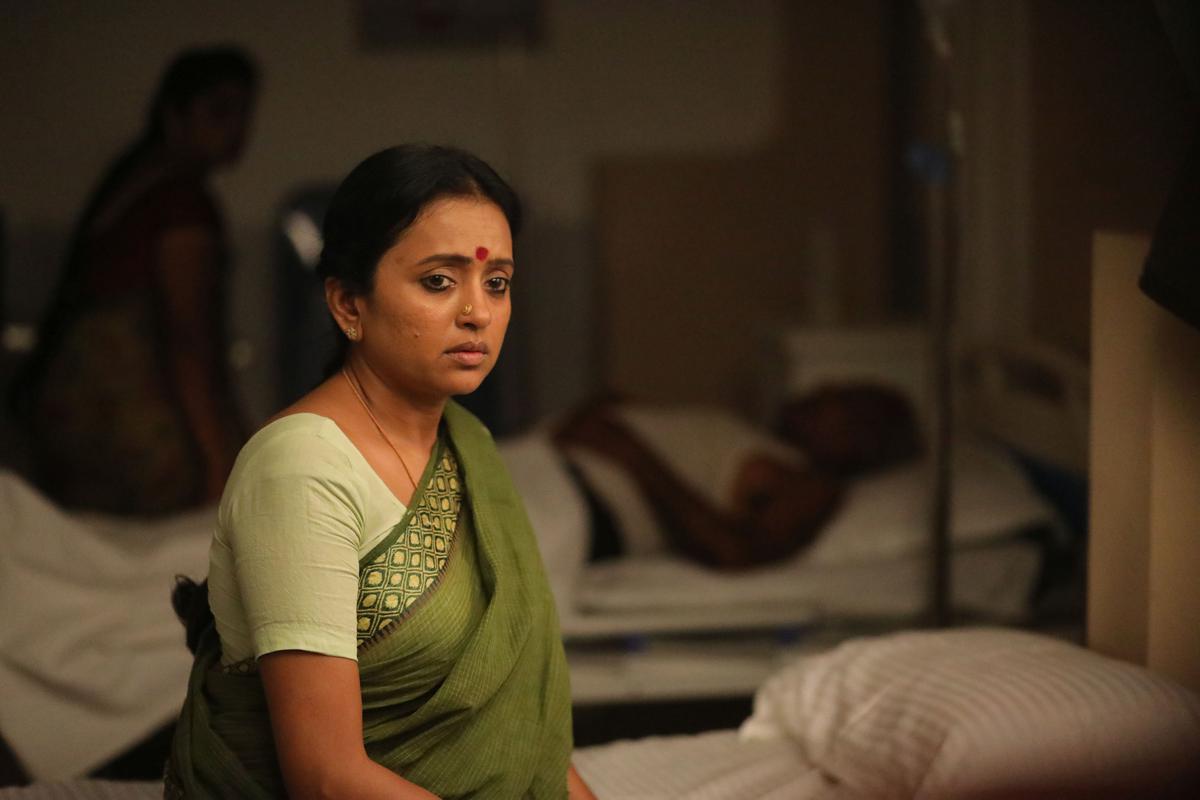 Another highlight has been the way actors Nani, Pawan Kalyan, Ram Charan and Rana Daggubati came forward to launch Jayamma…’s … trailer/ pre-release events/songs. “The actors didn’t say no to my requests. The movie is the best thing that I did because I got to see the love people have for me in the industry and also among students in colleges.”

Over time, social media promotion has become an indispensable part of a new release. Suma, who is inspired by SS Rajamouli says, “He (Rajamouli) not only makes good films, but also takes them to the best places. He showed different paths to the Telugu film industry that had been on a single-track road. His dedication and approach even in pre-release events are inspiring. When I have made a movie, why not bring it out to people and invite them for this celebration.”

When the movie releases on May 6, Suma plans to hop across theatres to watch people celebrate Jayamma.