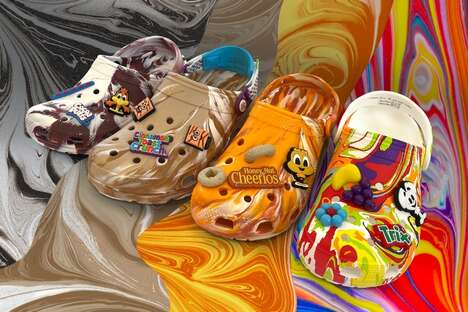 Iconic rubber clogs brand Crocs has partnered with American food producer General Mills to launch a limited-edition Cinnamon Toast Crunch clog. To mimic the look of a fresh bowl of Cinnamon Toast Crunch, the all-new silhouette features a white and tan colorway that is delivered in a swirly milk-and-cereal-like pattern.

For those interested, the limited-edition Cinnamon Toast Crunch clog was released on April 28 and is currently available at retail locations such as Footlocker, Champs, and Eastbay.