The British Academy of Film and Television Arts (BAFTA) has announced its first Breakthrough Initiative for India, by selecting 10 promising talents in film, television and gaming. Over the next year, these honourees will receive mentoring and global networking opportunities.

We spoke to a few of the chosen directors, writers, actors and technicians on what this opportunity entails for them. Excerpts:

She debuted with the Indo-British collaborative project A Suitable Boy, but actor Tanya Maniktala says she was “shocked” when her name was among the honourees of BAFTA Breakthrough India. “Not in my wildest imagination did I think I would get selected,” she says, when we begin the interview.

Tanya, who is now looking forward to her first feature film — Mumbaikar directed by Santosh Sivan, says she is hoping to work in both Indian and international projects, taking advantage of the global platform made possible by A Suitable Boy. “Not enough Indian faces are seen in the global entertainment space,” she says.

The sets of A Suitable Boy had crew members from different nationalities and she hopes this recognition will help her work with international actors, writers and directors. “I am excited and greedy to further my experience,” she says.

While working on A Suitable Boy, she did consider applying to formal acting courses, having stepped into the entertainment world from being a copywriter in an advertising firm. “I wouldn’t mind formal training, but then, the best way to learn is by practical experience and my director (Mira Nair) became my mentor and guide. I still think about it a lot (the need for formal training) but I also feel it can’t get better than practical training.”

Her current projects — Mumbaikar and the Netflix series Feels like Ishq — she says, are a world apart from playing Lata Mehra in the independent India of the 1950s. 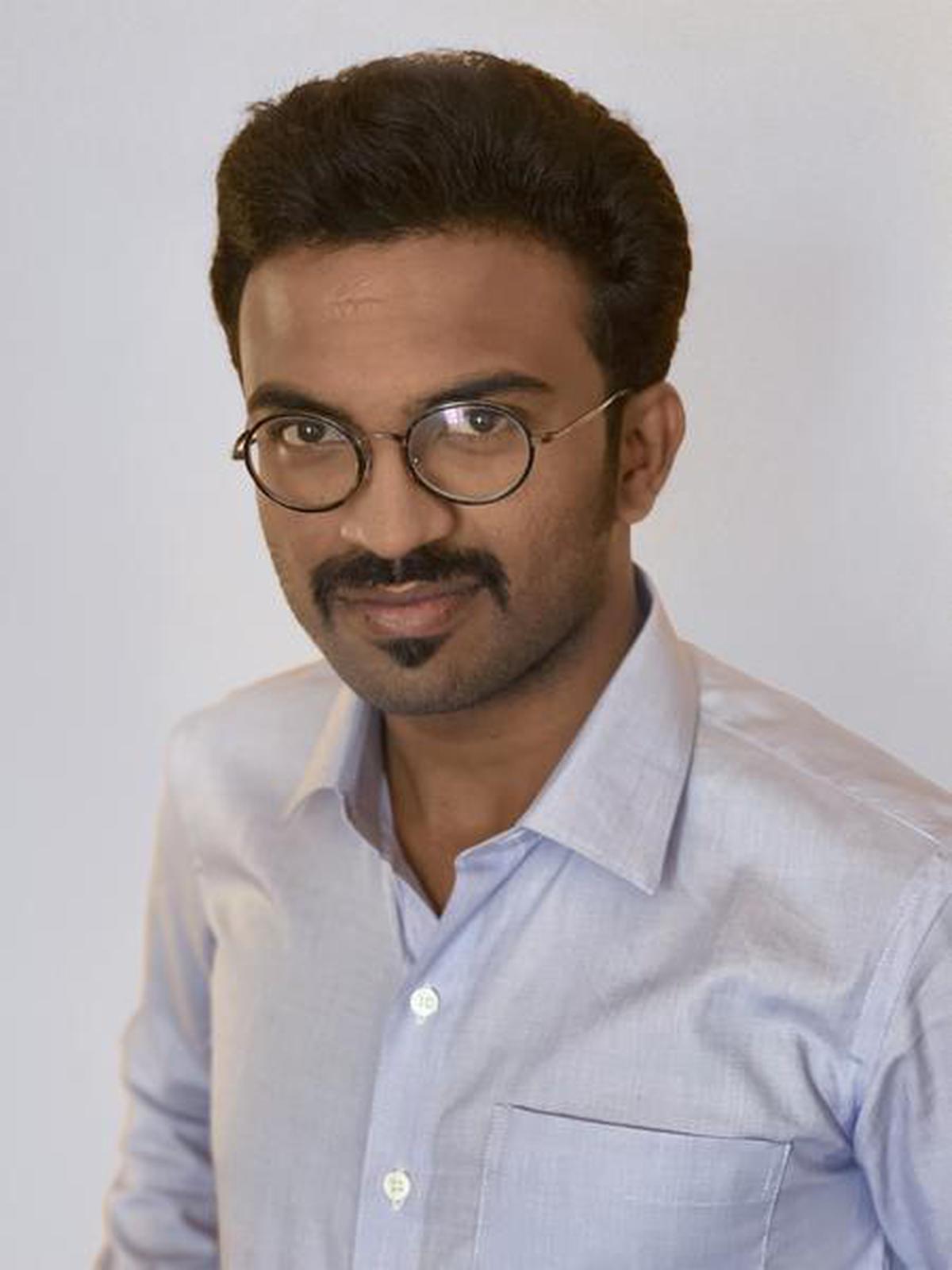 Filmmaker Arun Karthick’s Sivapuranam (2015) had its première at the International Film Festival Rotterdam and Nasir (2020), his sophomore feature, won the NETPAC award for Best Asian Film at the Festival last year. Yet, there is palpable hesitation in Karthick to describe them as ‘successful’, though he acknowledges that a lot of cinephiles lapped up both these films when they premièred online. His reluctance to use the word ‘success’ comes from the lack of distribution and support, especially for independent artists — something he hopes to achieve from the programme, supported by Netflix.

Connecting over a video call from his hometown, Coimbatore, where he is currently filming his third feature Aasai Mugam, a Tamil drama set in a village, Karthick says, “We all wish to be distributed more in whatever way OTTs could help us. All of us who are in the programme want to grow. Which means that we need more distribution and there’s certainly a lack of distribution. I am looking forward to getting their support in terms of distribution.”

An independent filmmaker who is at the early stage of his career, there are areas of filmmaking Karthick wants to concentrate on, “This programme is to receive mentoring, but I also want to be part of the larger ecosystem which could enable us to know more about how to troubleshoot challenges I might be facing, as a filmmaker. Plus, it is also about building the right connections to take your films global.”

It should not be too much of an exaggeration to say that an indie movement is taking shape in Tamil cinema with Karthick being at the forefront. The ‘wave’ has come to the surface now because there are more people watching these films seriously, believes Karthick. “So you could say that there is a certain kind of wave that is coming up. And it’s great to feel validated and encouraged by organisations [like BAFTA] outside of your ecosystem.” I’m sure that Tamil indie cinema is going to boom; it’s something that is catching fire. And the recent trend is only a catalyst to that.”

Right after winning the NETPAC award for Nasir, Arun Karthick was sharing a stage with filmmakers Vetri Maaran and Mysskin, where the latter said that younger filmmakers like Karthick are carrying the dreams of the previous generation on their shoulders. Mention this to Karthick and he has a tongue-in-cheek response: “Well, I don’t want to carry anybody else’s dream when carrying my own is already a Himalayan task,” he says with a laugh, “But yeah, every film is a dream and you want your film to come out in the best possible way. Channels like this [BAFTA programme] will help you realise that dream.” Karthikeya Murthy hails from a family closely associated with Carnatic music; his grandfather, TK Murthy, is an established mridangam player.

But when he set foot in the film industry as a composer, there was little guidance. “Mentorship is important. It is a checkpoint to validate if you are going towards the right treasure,” says the musician.

The Tamil film composer is looking forward to that and acquiring some new skills during his stint at the BAFTA Breakthrough Initiative. “I believe this [the programme] is more than just about enhancing core skill sets. For a successful career, it is also important to develop a few ancillary skillsets. This programme is customised based on the requirements of every honouree. So, the experience I have will be different from other honourees. I hope to find a new sound and genre, and open up a plethora of opportunities.”

Most of these opportunities are coming to Murthy post his impressive work in 2019 Tamil film KD Engira Karuppudurai, directed by Madhumitha. “I was the first person to whom she [Madhmitha] narrated the storyline. I insisted that I would be part of it, whether she likes it or not,” he laughs.

KD, which tells the story of a friendship between an old man and a young boy, went on to do well in the film festival circuit; its protagonist, 14-year-old Naga Vishal, recently bagged a National Award for his performance. The team wanted an understated score for this subject. “The best compliment for me would be: ‘Oh, your music was there in this film?’”

But there were opportunities for Murthy to showcase a grand musical score. “When I watched the audience whistling and dancing to my ‘Adi Aathi’ song in theatres, it was amazing. Such response gives me a sense of responsibility for my forthcoming projects.”

He’s working a non-fiction show for an OTT platform, a Tamil film currently in pre-production, a Hindi film and a public-funded documentary on the first legal trangender marriage in India. 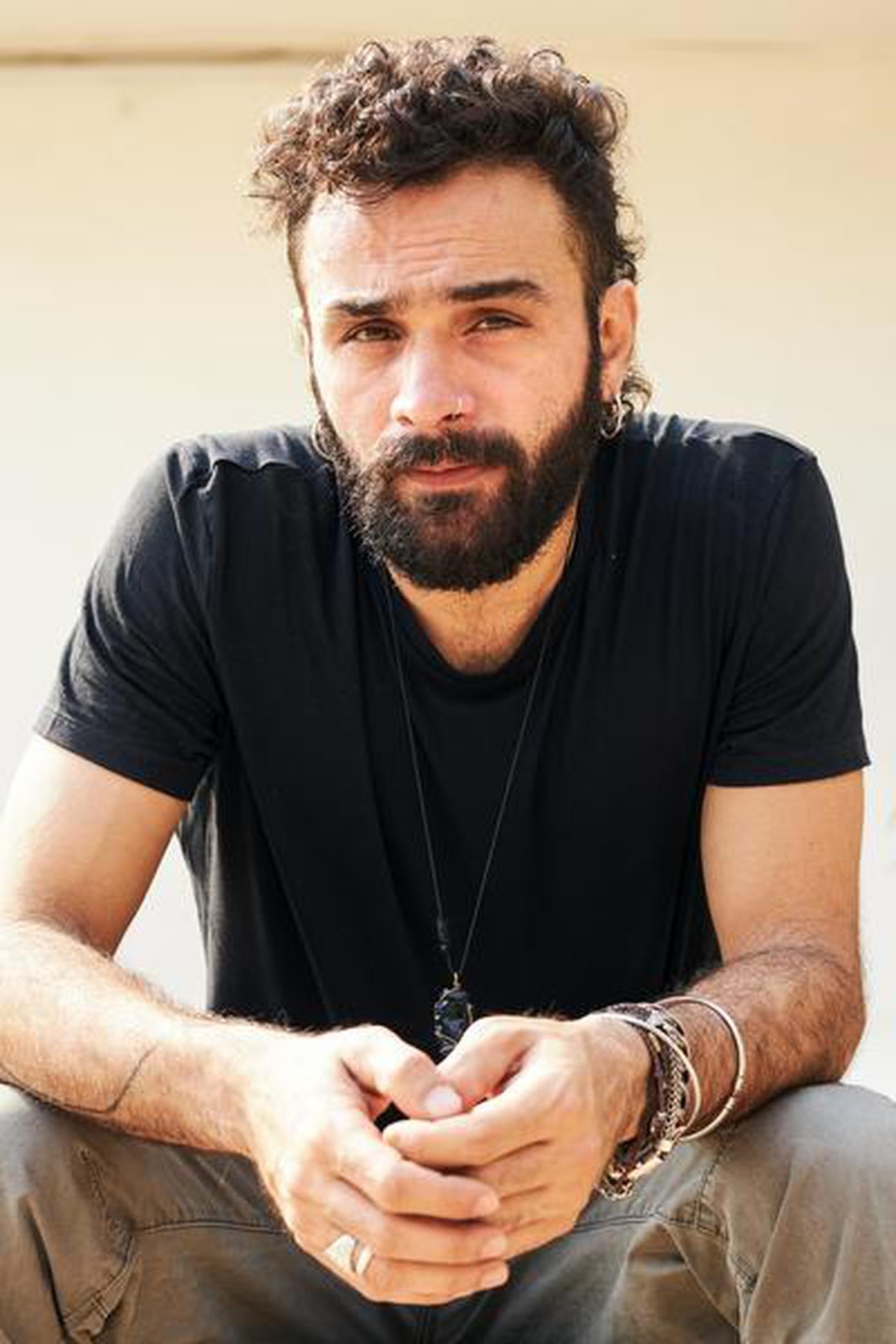 “I was shocked and surprised that I got selected,” jokes Jay Pinak Oza, cinematographer for films such as Gully Boy, Ghoul, Raman Raghav 2.0 and the series Made in Heaven. “I rarely ever got selected for anything — scholarships, college entrance examinations… And this is an honour. It’s a dream for a storyteller to be associated with BAFTA,” he adds.

Oza worked as a production assistant and assistant director for films like Rang De Basanti and Jodhaa Akbar before turning cinematographer. Having been in the film industry for 15 years, he hopes the recognition will help him collaborate with international filmmakers as well as other languages from India.

He believes that working with storytellers from different cultural backgrounds will help further his understanding of cinema, craft, and life. He recalls his days at Prague Film School in 2008, where the batch of 52 had students from 42 nationalities: “I wanted to study in a country where I didn’t have friends and relatives; where I wouldn’t be hanging out with a large Indian community but get to mingle with those from different cultures,” he says.

Growing up in Baroda, he studied art history and aesthetics before he went to film school. He continues to have a keen eye for artistic perspectives in cinema, music, theatre and paintings to be able to narrate stories effectively through visuals. If he had managed to show the localities in Gully Boy artistically but without glossing over, he attributes it to his understanding of visual art.

Oza has finished working on Rakeysh Omprakash Mehra’s Toofaan, and is looking forward to filming Yudhra, directed by Ravi Udyawar and produced by Excel Entertainment. “There’s so much I can learn by networking with cinematographers. Our action films haven’t reached the standard of the West. I’m also hoping I get to collaborate with people who can help me learn technological developments, virtual reality and 3D mapping for cinematography.” 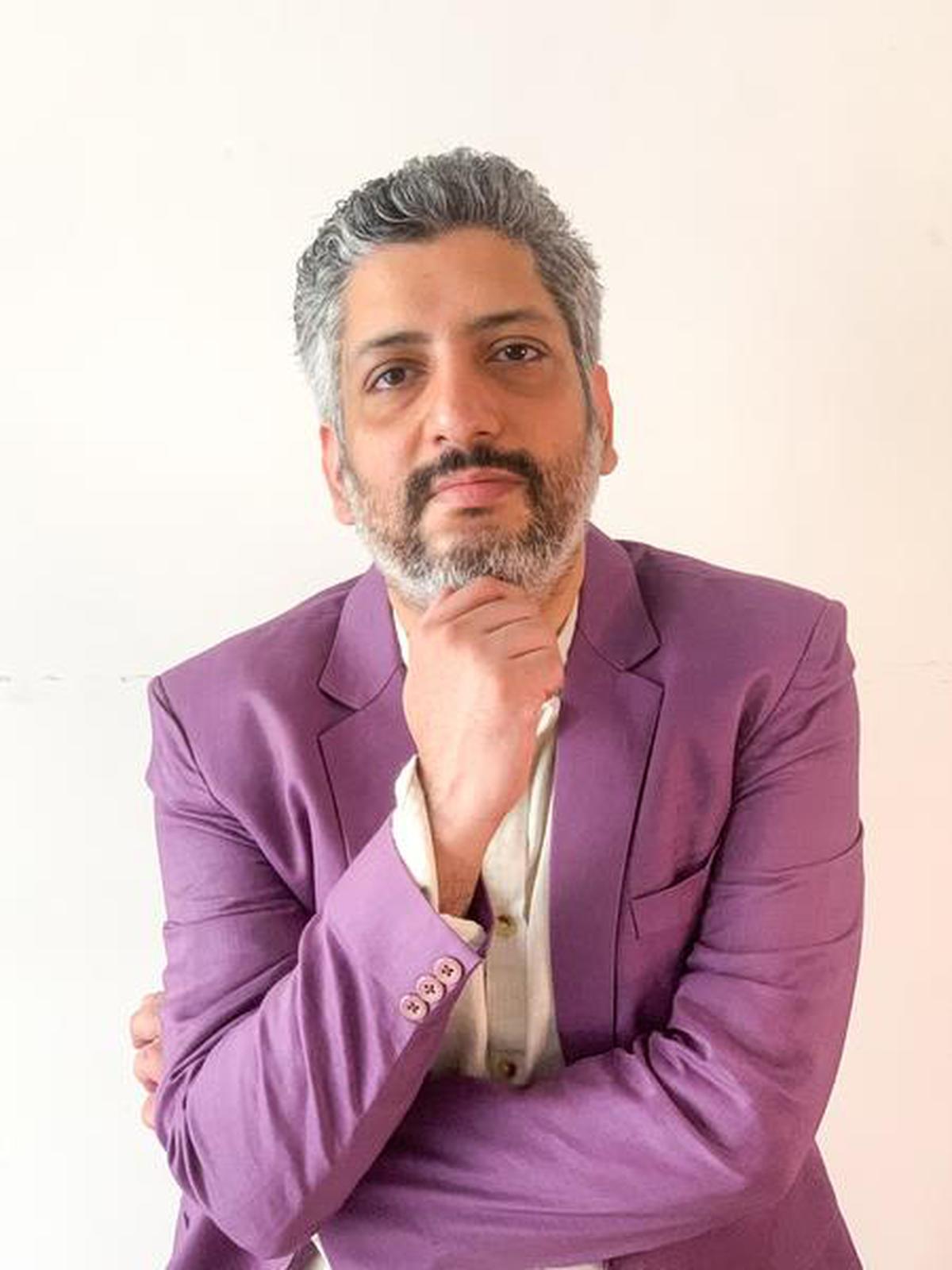 Writer and editor Sumit Purohit, who worked on the 2020 breakout series Scam 1992, is looking forward to possible collaborations. “I hope I can discover my independent voice as a filmmaker and narrate stories better. In Mumbai, one tends to choose from the available opportunities and the stories one truly wants to tell take a backseat. I am looking forward to collaborating with artistes from different cultural backgrounds, who will push me to do better. Writing and editing are constantly evolving processes,” he says. Long-form writing for web series, he points out, is a recent phenomenon in India and there are times when he yearns for an international perspective to tide over tricky areas in a narrative. Growing up in Uttarakhand’s Srinagar and studying art in Baroda, he reminisces that cinema was a natural progression: “I was always trying to tell stories by sketching. I wrote short scripts for theatre and the move to cinema happened naturally.”

Having worked on documentaries, films and series, his most significant work to date remains Scam 1992. He remembers the initial discussions with director Hansal Mehta and the writing team, when they decided to simplify the workings of the business markets for viewers, but not oversimplify it: “We decided that it’s okay if viewers don’t understand everything about the markets; what’s important is they should relate to the emotions,” says Sumit, who is working on a documentary that he will be directing.

Sumit draws an analogy to science fiction, where we may not understand the technology that goes into building a time machine, but understand how passionate a character is about building it.

From April to October 2020, he was helping with the editing of Scam 1992. This year, with the raging second wave of the pandemic, he is hoping to put his mind to writing for a new project, and admits it isn’t easy: “Editing was meditative and I could detach myself from what was happening outside; it’s tough to do that now.”

What to watch while we debate UFOs

Home loan balance transfer– Is it worth your consideration?

In 1991, the erstwhile Indian Prime Minister PV Narasimha Rao ushered in policies that formed the cornerstone for India’s burgeoning

Dr. Vinay Bajrangi explains how astrology can be taken to the next level of perfection

There are many more laurels to come, says Sindhu

Proceed with caution: If you’re thinking of switching your car insurance company, read this

Insurance, in general, is something which one must not ignore. Be it for their loved ones, or even their assets.