A storm could be brewing in India’s top-flight football, a glamorous and acrimonious world that encompasses Asia’s richest man, the cream of Bollywood and a self-styled former gangster.

Mukesh Ambani, the billionaire tycoon who commands the Reliance Industries corporate empire that owns the Indian Super League, is facing pushback to his family’s dominance from some executives in the country’s football association and clubs.

At stake is the financial future of football in a country devoted to cricket. The outcome of the power struggle could also help shape whether India can ever become a world force in the game, realising ex-FIFA president Sepp Blatter’s description of being a “sleeping giant” — and, of course, the big dream: whether it can one day play in or even host a World Cup.

Ambani’s holding group launched the Indian Super League, an elite competition of newly created teams, in 2014 with the aim of attracting investment and big global names, much like the Indian Premier League has in cricket.

However tensions have been building over who ultimately calls the shots: the Indian football association, which technically governs football at all levels, or Ambani’s group which owns the top league of 10 teams.

It’s a rare power split in global football, and a recent dispute between Ambani’s camp and the association illustrated differing visions over the direction of the Indian game, whose national team is ranked 108th globally.

The national coach, employed by the association, has complained that the enlisting of so many foreign recruits in Indian football could hold back the development of home-grown players. Das, in a March email exchange seen by Reuters, said the governing body had the right to limit the number of foreign players allowed to compete in the Super League.

The dismissal was swift.

“Contrary to the position in your email, all competition regulations rather need approval from FSDL,” Bain responded, according to a copy of the email exchange seen by Reuters.

The football association backed down for this season.

Representatives for Reliance and FSDL did not respond to repeated requests for comment for this article. The football association’s media director, Nilanjan Datta, declined to comment, but said questions about tensions with FSDL were “baseless”.

Requests for comment from Bain and Das, via FSDL and the association, were not responded to.

The player issue is disputed globally; some argue imported veterans stand in the way of domestic talent, while others say they haul up standards and share skills and experience.

But the exchange also reflects a conflict within the Indian game.

FSDL and the Ambani family’s supporters says the Super League has raised awareness and money for a disorderly and underinvested sector, and brought in marquee players such as Italy’s Alessandro Del Piero and France’s Robert Pires.

Ambani’s wife Nita, FSDL’s chair and the public face of the league, has expressed hope India will qualify for the 2026 World Cup, and one day host the event. And some Super League club owners are committed to what they consider a football revolution.

“Indian players are benefiting from the arrival of quality foreigners and coaches,” said Mandar Tamhane, CEO of JSW Bengaluru FC. “Football has become a lot more tactical and technical,” he added. “The exposure has helped Indian football develop.” 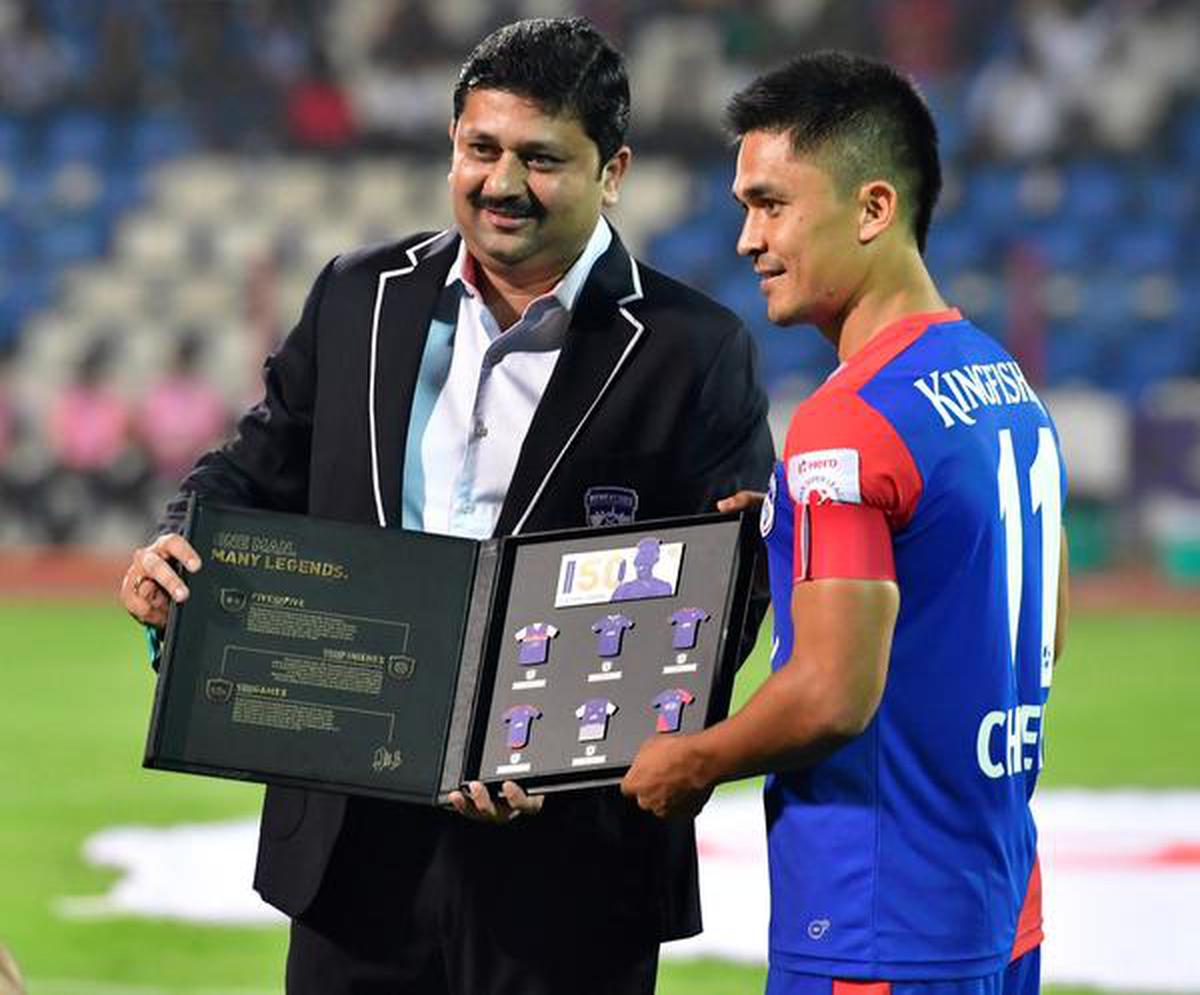 But the Ambanis’ influence is resented by some club owners in India’s traditional football league, the I-League, who say the Super League is sucking attention and investment from the rest of the game and stunting its long-term development.

“This is a hostile takeover if there ever was one. They basically own football,” said Ranjit Bajaj, a self-described former gangster who found redemption in football, and a prominent figure in the game who took Punjab’s I-League side to a national championship in 2018 as its owner. “It’s really sad.”

The Ambanis did not respond to requests for comment made via Reliance.

The Reliance empire, with a market value of about $153 billion, includes India’s leading telecom firm, a major retailer, its largest refining complex, a news outlet and a Bollywood studio. The group’s revenue last fiscal year accounted for around 3% of India’s $2.9 trillion economy.

‘Such a difficult situation’

Reliance and partner IMG Worldwide bailed out the cash-strapped football association a decade ago, pledging around $140 million over 15 years in return for sponsorship, licensing rights and running the Super League.

The association remains dependent on the deal money. It sent six emails to Reliance executives between May and October last year, reviewed by Reuters, saying payments of $6 million had not been received. One warned of a “severe cash flow crunch” and said the association had to put payments to suppliers on hold.

A Reliance executive answered twice, once saying it would take more time to release the payment and then saying the payment was in process.

Reliance did not respond to requests for comment on this email exchange.

The football association has considered whether it would be possible to renegotiate parts of the contract, according to an audio recording reviewed by Reuters of its president speaking to I-League executives at a meeting last year, although it is not clear which parts.

“When you’re dealing with a giant like FSDL, whose parent is Reliance, legally you will land up in such a difficult situation,” association President Praful Patel said in the July meeting.

He said FSDL had saved the association from falling into debt, adding “They have invested so much money.”

Patel did not respond to requests for comment made via the football association.

Thus far, however, the Super League itself is proving neither hugely popular nor lucrative. Stadium attendances have halved over the past six years, and the pandemic is likely to worsen the situation.

Of course, creating a profitable league in cricket-mad India was always going to be a tough task. But industry veterans say Ambani erred by excluding India’s original clubs and creating a standalone tournament without promotion or relegation. “It was 100% a wasted opportunity. The money coming in is welcome, but it should be spent in a proper manner not just creating a hype,” said leading sports commentator Novy Kapadia.

The Super League’s original eight clubs were owned by Bollywood heavyweights like Ranbir Kapoor, cricket champions including Sachin Tendulkar and prominent businessmen, though several have since exited. Two new teams joined in 2017.

Ambani’s group initially projected, in 2014, that clubs would be profitable within about five years, according to an industry source with direct knowledge of the matter.

However none of original eight clubs, whose latest financial statements were reviewed by Reuters, had broken even by March 2019, save for Bengaluru, with about $234,000 in profit.

FSDL, of which Reliance owns 65% and Walt Disney-owned broadcaster Star India 35%, has significant control over clubs, according to a draft 2014 contract seen by Reuters.

Clubs must select coaches from a league-approved list, cannot sell shares without approval and must spend at least $500,000 per season on marketing.

Sports commentator Kapadia said the league’s future depended on billionaires continuing to bankroll their clubs, especially as the next season could be delayed and played without foreign players or spectators due to the coronavirus.

“The hit will be very severe,” he said, but added the league would continue “as long as there are enough rich people in India to burn money”. O