The 40-year-old American may not be at the ongoing French Open, but she is still very much a part of the larger tennis conversation. With her now hinting at a return during Wimbledon, it’s a good time to examine whether the last four years merit a revision of her legacy

The 40-year-old American may not be at the ongoing French Open, but she is still very much a part of the larger tennis conversation. With her now hinting at a return during Wimbledon, it’s a good time to examine whether the last four years merit a revision of her legacy

In the summer of 2012, the terre battue of Court Philippe Chatrier witnessed a spectacular implosion. Serena Williams was bundled out of the first round of Roland Garros by Virginie Razzano, a player who at the time was ranked 106 spots below her. Never before in her Grand Slam history had the American faced such an early exit.

It was a culmination of a stretch of lows that began in 2010 with a freak foot accident and continued as a two-year dry spell with no Major titles. Such was the level of her dispiritedness that she would choose a coach — Patrick Mouratoglou — from outside her family for the first time.

Ten years later, Serena, at 40 and well past her tennis prime, finds herself in a similar yet different situation. It has been four years since she returned to competition after the birth of her daughter, four years in pursuit of an elusive 24th Grand Slam title that will tie her with Margaret Court in the record books. She also finds herself without a coach now after Mouratoglou, with whom she won 10 Majors, moved on to train Romanian Simona Halep.

Serena may not be a part of the ongoing French Open, but she is still very much part of the larger tennis conversation. With her now hinting at a return during Wimbledon, it seems a natural time to examine the last four years and whether they merit a revision of her legacy. 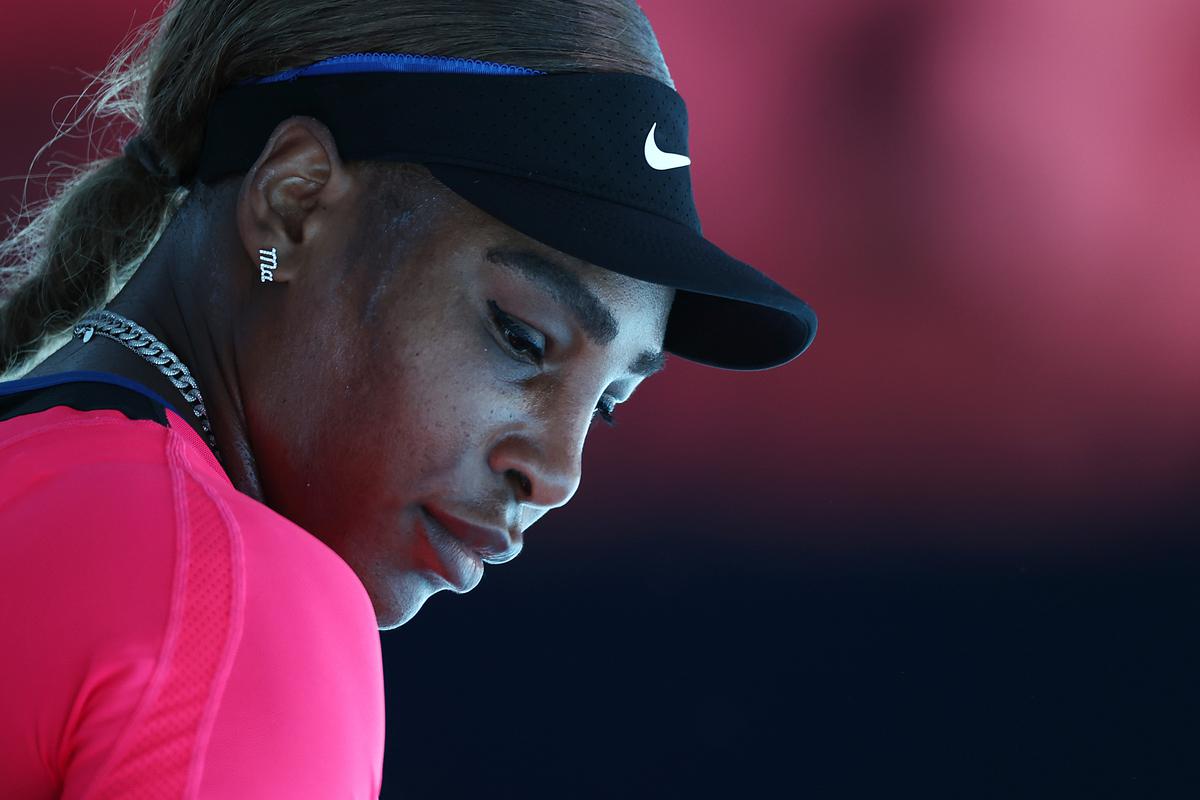 Fighter to the core: Serena’s ability to drag herself out of tough situations has often been eclipsed by just how easy she makes winning look.
| Photo Credit: Getty Images

Many attributes make Serena the tennis supernova that she is. She unites power and precision, strength and skill. When she unleashes her scything serve, she absolutely does not expect it to be returned.

But what really set her apart, and what seems to now burn only as faint embers, is a sense of tactical adjustment often married to killer instinct. Serena has won three Grand Slam titles after being down match-point. Her ability to drag herself out of tough situations has often been eclipsed by just how easy she makes winning look.

Paul Annacone, who coached Pete Sampras in the second half of his career and then Roger Federer for a bit, has a theory on how tennis greats age. “You can’t take away greatness,” he tells The Hindu. “Greats don’t stop being great all of a sudden. It just gets harder to sustain the consistent will to do it day in and day out.”

Indeed, Sampras and Steffi Graf hung up their racquets at the first intimation of a weakening of this will. But the ability to sustain it is what came to mark Serena’s incredible late-career dominance; it is what rendered her seemingly immune to time and the physical and mental weariness that accompany the grind of tennis. It is also, perhaps, what she is missing now at crucial moments.

When 17-year-old Caty McNally took the first set off Serena in their second-round encounter at the US Open in 2019, her coach Kevin P. O’Neill knew she was onto something. O’Neill, a pro-level coach for 28 years, tells The Hindu, “I knew if Caty could just relax, have fun and play her all-court attacking style, she might be able to put Serena on her heels if she wasn’t playing her best.”

This, now and before, seems to be the mantra for any player who meets Serena: play out of your skin, but also hope she has a bad day.

McNally did just that to win the first set, leaving Serena unsettled. But the veteran quickly turned it around in the second and ensured a complete rout in the third. It was everything Serena was known for: uncanny court sense, unrestrained energy and the “Come ON!” representing an icy cool anger only she could control.

“I wasn’t surprised that happened, because a champion of Serena’s calibre doesn’t go quietly. Even now, she loves to compete and put herself on the line,” O’Neill says.

He adds, “Serena’s belief and the way she confidently carries herself on court even when she is in deep trouble is something young players today look to emulate. I admire that quality and it’s a big part of my coaching too.”

What Serena managed to do against McNally, she could not against Bianca Andreescu in the final, the last of four consecutive Grand Slam title clashes she lost. “Honestly, Serena didn’t show up today,” she would say after the loss.

But the fact that she continues to play when the breadth of the women’s field is so strong and against opponents who weren’t even born when she burst onto the scene is yet another testament to her indomitable spirit. She is now a player anyone can beat and yet no one wants to meet. 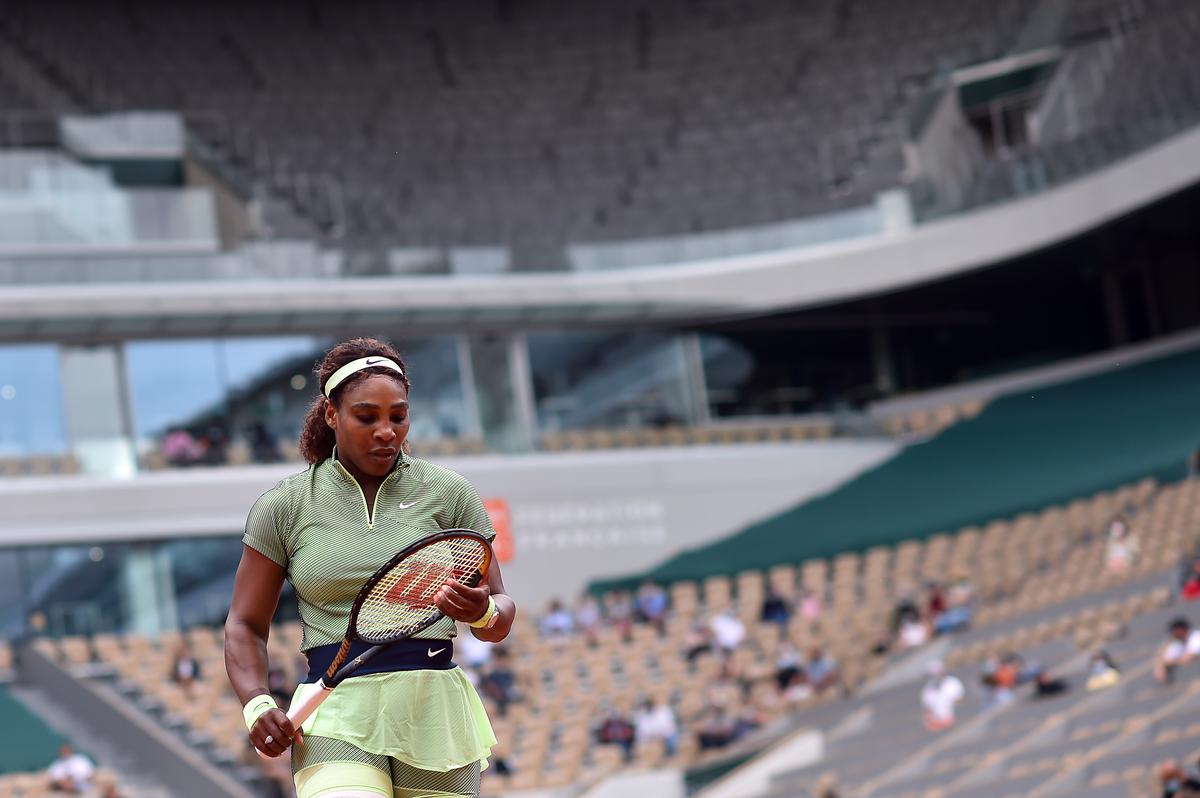 Lingering aura: Serena is now a player anyone can beat and yet no one wants to meet.
| Photo Credit: Getty Images

For author and sports columnist Louisa Thomas, post-2018 is when Serena transcended the sport — not only the sport, in fact, but sport. “Her dominance, her longevity, her aura, the way she changed the game in her image — impossible to overstate,” she tells The Hindu. “But after 2018, she helped reshape narratives around athletes and motherhood. She went from being regarded as the greatest female tennis player of all time to having an argument as the greatest tennis player of all time — and, finally, as one of the greatest of all time, full stop. Forget tennis.”

If Serena wins Wimbledon or any other Major she chooses to be a part of hereafter, the case that she is not the greatest player in the history of the game more or less evaporates. But it is not just that record or a mere sense of completism that Serena is chasing. She wants a Grand Slam, yes. But she wants it as a mother. In half a century of professional tennis, only three women have landed Grand Slam titles after starting families: Court, Evonne Goolagong and Kim Clijsters.

To turn the clock back a decade again, the manner in which Serena ended 2012 could only be described as preposterous — two Majors, an Olympic gold and a year-ending championship. In 2013, she was close to unplayable: her winning percentage was 95.1, the highest of her career.

It would be a fool’s errand to expect something similar, but can we expect anything at all? Her most vehement critics would say she will not break Court’s record — and that’s okay. Her most loyal fans would say it is only inevitable that she will match and soon overtake Court — and that’s okay too.

But with everything before and after 2018, how should we be looking at Serena now?

Annacone sums it up best: “As a legend of the game that’s earned the right to do as she wants. Play, stop, play part-time — whatever she does I will applaud.”