A masked boy whose birthday balloon is being burst by corona, a book cover titled ‘COVID-19, #pillowchallenge and other deadly viruses’; a man with his head replaced by a globe walking on a thin string from pre-corona to post corona, two masks kissing each other to portray love in times of COVID-19.

Layered and well thought out, these are few of the illustrations that artist Suryadev Dasari made during the lockdown. These are a part of 30-illustration series themed around the pandemic and all the news around it.

“Everyone has a way of recording their emotions and opinions, I do it through my art. Most of the illustrations are my reaction to what has been going on around the world. The masked birthday boy was dedicated to all those who had no celebrations due to the lockdown. I was utterly disgusted with the pillow challenge on social media and hence I made an illustration calling it a deadly virus,” says the artist who works for a corporate in Bengaluru. Currently locked up in his hometown, Visakhapatnam, Suryadev has been trying to keep his creative juices flowing through his art. “Just before the lockdown was announced I went and bought a date stamp and I have experimented with it in a lot of my paintings. March and April was a phase when a lot of people posted about being bored at home, so I made an illustration of a watch with a dial that reads ‘Feeling bored’ and the hands are two dates, one from March and another from April, made with the date stamp,” says Suryadev who started experimenting with doodling during his graduation days at IIT-BHU.

Another stamp-featuring illustration has a UFO with 2020 written on it that is dropping several dates. “I made this illustration when the second phase of the lockdown was announced. The UFO was dropping off all the other days that we were supposed to spend in isolation,” he adds. 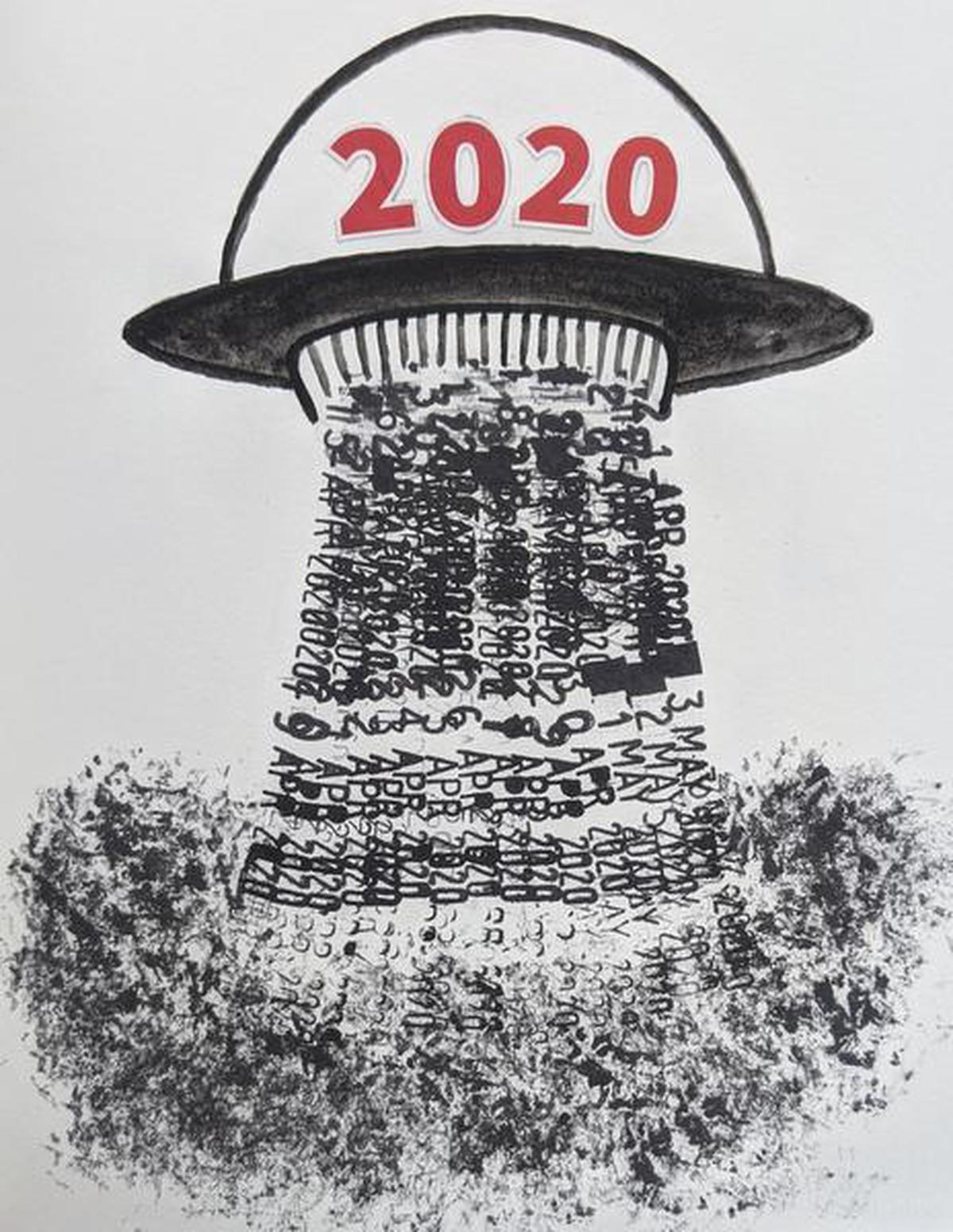 The 30 illustrations are a combination of spontaneity and well thought out ideas. “Most of the illustrations are about how I perceive the things that are happening around me. Some happen instantly while some take research. For instance, there is an illustration of my tomb with an epitaph reading ‘Suryadev Dasari who witnessed people drinking cow urine to pacify coronavirus’. This one occured to me when I read about people consuming ‘goumutra’ to fight the virus. I found it hilarious and read a few articles before making the illustration,” he says.

Suryadev posts his work on Facebook and Instagram through the handle ‘TheArtRover’, will feature a few illustrations from his series at his next exhibition.

Getting real about racism in the land of make-believe