“Hi, hello, here is ‘minnum tharam’ (twinkling star) on Minnaminni online radio. With her, is me RJ Shifna,” says Shifna Mariyam in her clear voice and a deliberately fake accent. She goes on to introduce a singer in Minnum Tharam, one of the programmes of the channel. “It is to introduce hidden talents who might fade away for want of opportunities. If I have reached anywhere, it is thanks to several people who encouraged me and never sympathised with me. Through my radio Minnaminni (which means ‘firefly’ in Malayalam), I want all talented people to have a chance to showcase their abilities,” says the 20-year-old.

Singers, musicians and mimicry artistes have participated in her radio. Shifna admits that studies and work meant she could not post all that many episodes on her channel but the lockdown has given her the time to concentrate on her channel. At present, a new post is added on alternate days.

A budding writer and poet, Shifna has also featured some of her stories on the channel. ‘Symphony’, a short story written by her, was included in the channel as an audio story. “Since I am a mimicry artiste, I enacted the entire story myself. ‘Malakha’ (angel), presented along with two other voice artistes, and ‘Nanmamaram’ were also broadcast on the channel. All won appreciation,” she says. ‘Top Ten PSC’ is a short and crisp one for those preparing for examinations conducted by the Kerala Public Service Commission.

The nearly-one-year-old online radio has 600-plus subscribers and features talents from all over Kerala. Shifna herself is a star in her own right and is a five-time winner of the Kerala State School Youth Festival.

Shifna says she has always had an ear for accents and sound and so was able to mimic people and audioscapes to perfection. Visually-challenged from birth, Shifna says her amma (mother), Shahina, is the reason for her success because she never let her feel any different or sympathised with her. “It is true that my mother has to ferry me around but she made it clear that I would have to learn to be independent and not expect others to keep helping me,” asserts Shifna. 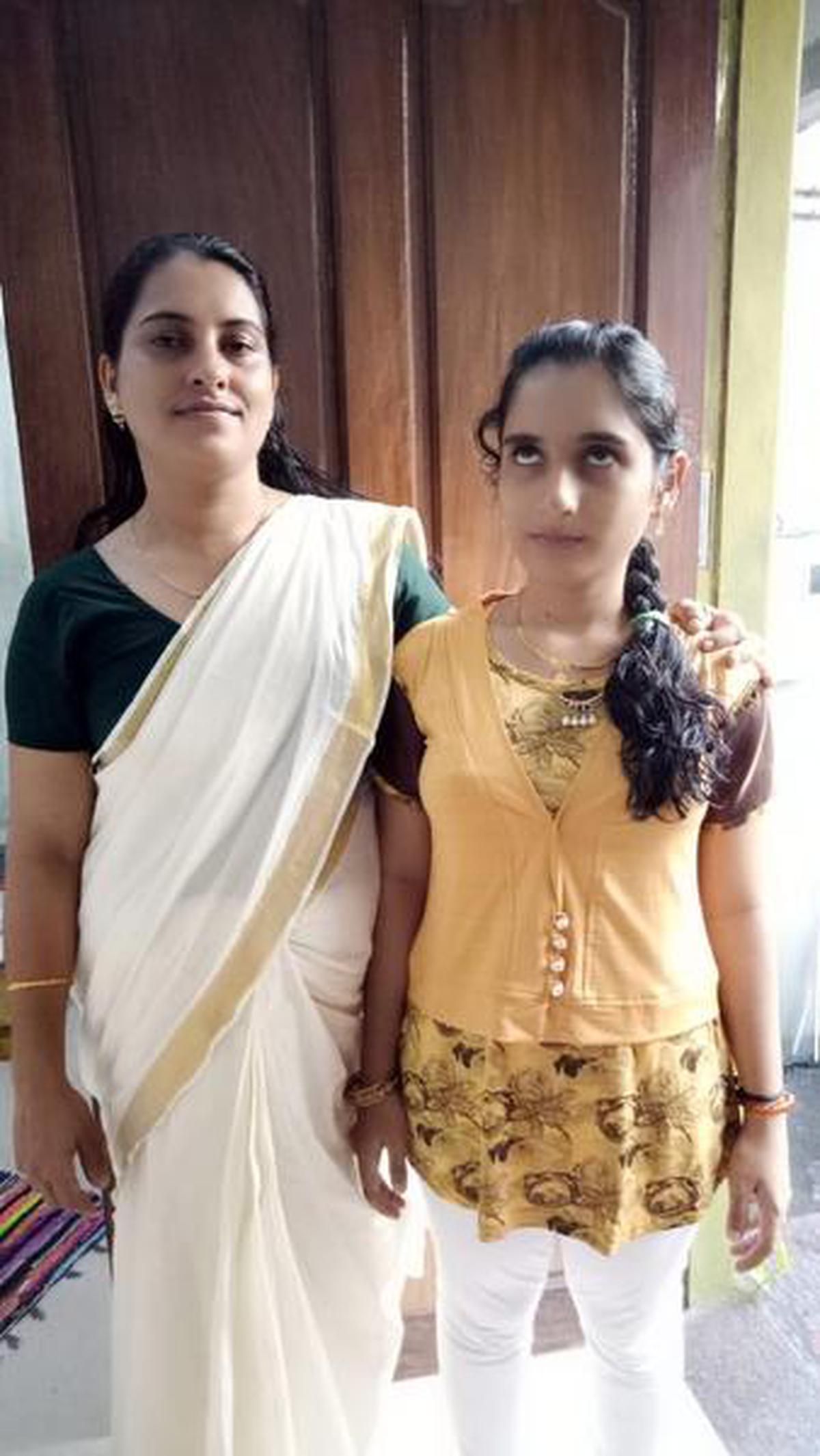 Her sunny attitude and musical talent got her noticed in primary school. But since her mother found it difficult to juggle her many responsibilities, Shifna had to stop her music lessons. But not one to cry over lost opportunities, Shifna shifted to mimicry and made it right to the top. As a beginner, Shifna used to write her own scripts and dialogues but once she kept bagging prizes in her category, noted mimicry artiste Kalabhavan Pradeep contacted her and offered to polish her innate skills. “That was when I was in class 10 and had won the second prize and A grade in district-level competition,” she recalls.

Since then, she has had mentors in Pradeep, Kalabhavan Noushad and Kallara Anzar. Her achievement and confidence have won her recognition in television shows and programmes. Hoping to do her graduation in Malayalam, Shifna says that she is aiming to take the Union Public Service Examination after her post-graduation in Malayalam.

Does she have a message to convey? “Yes, don’t feel sorry for those challenged by any kind of disability. If such children are given a wee bit of help, they will do as well as any other children, if not better than them. We don’t want sympathy but we need empathy and opportunities,” she says.

Often, such children are not given enough attention. But she feels that while schools for the blind teach them Braille and do a good job in teaching those with visual challenges, Shifna, a former student of a school for the blind herself, explains that many of the schools don’t make the students proficient in English. “That puts us at a disadvantage. I feel we would do much better if we had integrated schools. Visually-challenged children need not necessarily go to blind schools only. Schools like Jyothirgamaya can work wonders for us,” she avers.

After her Plus Two, Shifna was coached by visually-challenged activist Tiffany Brar, who has begun a school, Jyothirgamaya, for those with similar difficulties. Tiffany used to go to Shifna’s home in the suburbs of Thiruvananthapuram and taught her Braille and use of computers.

Another first for this determined woman with a dream to pursue!

Rock, theatre and human rights come together at this online event