Singer-composer Sachin Warrier released his new composition ‘Aaraariro’ this Mother’s Day. The lullaby, sung by Sithara Krishnakumar, is the first single from Word, his new EP that has “crowdsourced lyrics”.

Sachin says the idea to crowdsource the lyrics dawned upon him during the lockdown. “It was a period of uncertainty. There were no shows, new projects were getting delayed and I was missing the creative connect with the audience. I spent a few months with my hobbies and exploring and learning new things. I was desperate to make music and thought of taking inspiration from outside. So I put up a post on my social media handles inviting lyrics.”

A new take on motherhood

‘Aaraariro’ is written by Bengaluru-based Anagha Meera Manoharan. Sachin says that the lyrics struck a chord with him because of the theme. “There is more to this lullaby. It looks at motherhood in a new light in that the words do not glorify sacrifices made by a mother. The mother talks about her limitations and that she is not perfect. She makes it clear to the daughter that she wouldn’t do everything for her and therefore wants her to figure out certain things by herself. When I read the lyrics I felt that it deserved to be made into a song. The lyrics had a rhythm to it and the words inspired me so much that I composed it immediately. It was magical.”

He also got entries with Hindi and English lyrics. The EP has three more tracks — one each in English, Hindi and Malayalam. 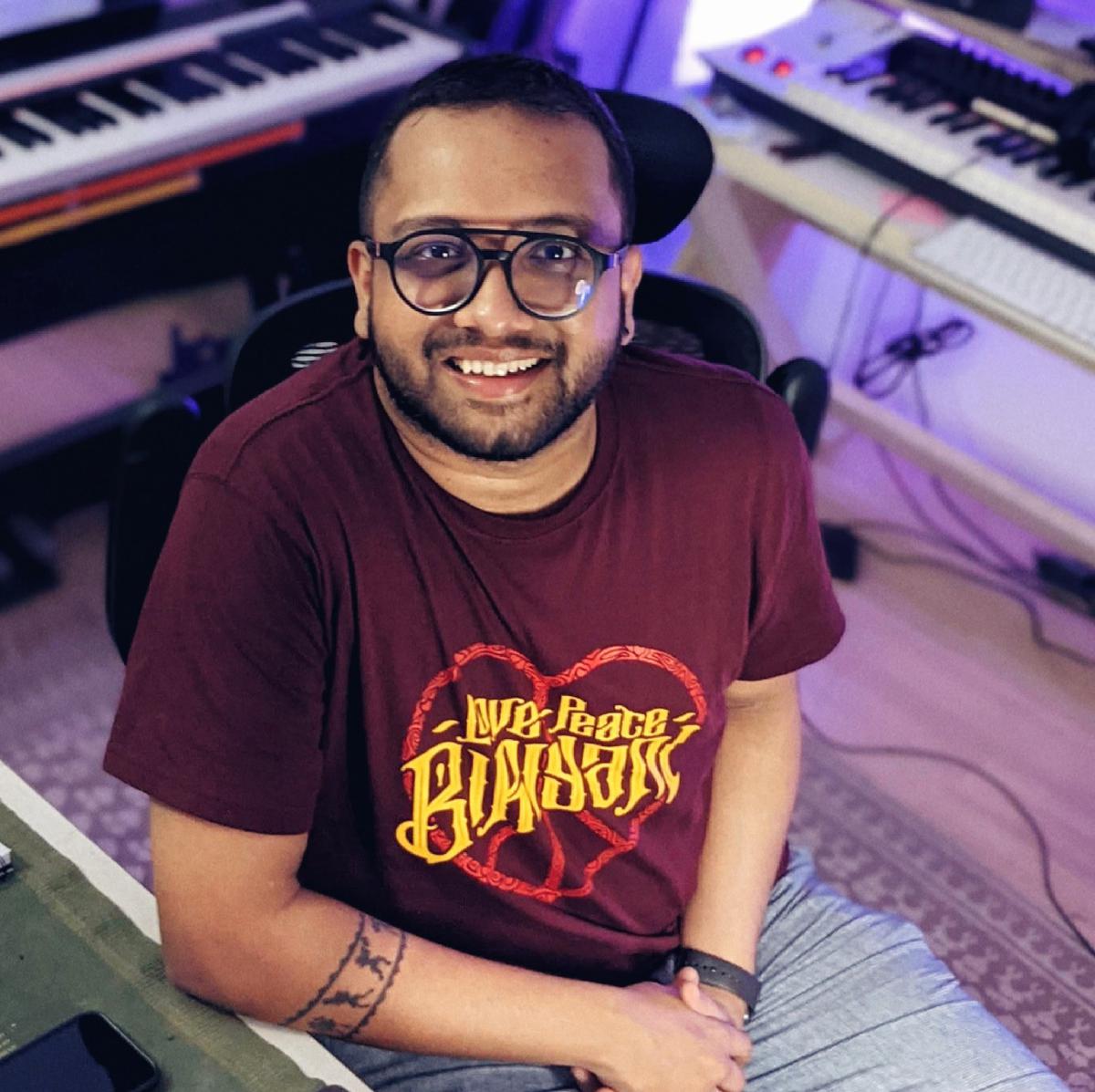 Sachin points that it was refreshing to create tunes after getting the lyrics. “Usually, in films, composing happens first and lyrics are written accordingly. This process was liberating. I had the creative freedom to make any tune I wanted and it was inspiring. If the lyrics has musicality, it is easy to compose. Since the EP is all about lyrics, I named it ‘Word’.”

Sachin adds that there is no theme that connects the four songs and each song is in a different genre. While the English track is in bluegrass genre, the Hindi song is in ghazal-like format and the Malayalam one is a love ballad. “Although none of these songs are strictly in those genres, they definitely take inspiration from them,” he adds.

Sachin mentions that the last two years have helped him learn a lot about himself as a person and artiste. “I am impatient from within and have this habit of moving from one thing to the other. I have been going with the flow, doing recordings and shows and never thought about what I can do in future. In the last two years I understood more about my creative process and felt that I can do more things. One of the many things I discovered and explored was filmmaking.” Sachin has conceptualised and directed the music video of ‘Aaraariro’, “with help from our cinematographer [KJ Sarat]”. He also started a podcast (‘Sachin Warrier Gets Lost’) on his YouTube channel (Sachin Warrier).

Sachin, a former IT professional, had made his debut as a composer with Aanandam (2016). A noted playback singer as well, he was last heard in Hridayam. “With 15 songs in the album, I never expected my songs in Hridayam to get noticed this big. It happened because the tracks were placed so well in the narrative.”

Currently, he is composing for three movies, one of them being Vineeth Sreenivasan-starrer Mukundanunni Associates, directorial debut of Abhinav Sunder Nayak, editor of Aanandam.

Wagatha Christie case: What to know as the trial starts