Vidwan M.S. Deepak, though young, stands in a circle of plenitude of musical and creative endeavours. Though not from a musical family background, the natural ease and talent with which he moulded himself into a much-recognised instrumentalist and vocalist is truly commendable. The solidity and stability of his progress stand an example to the upcoming musicians. 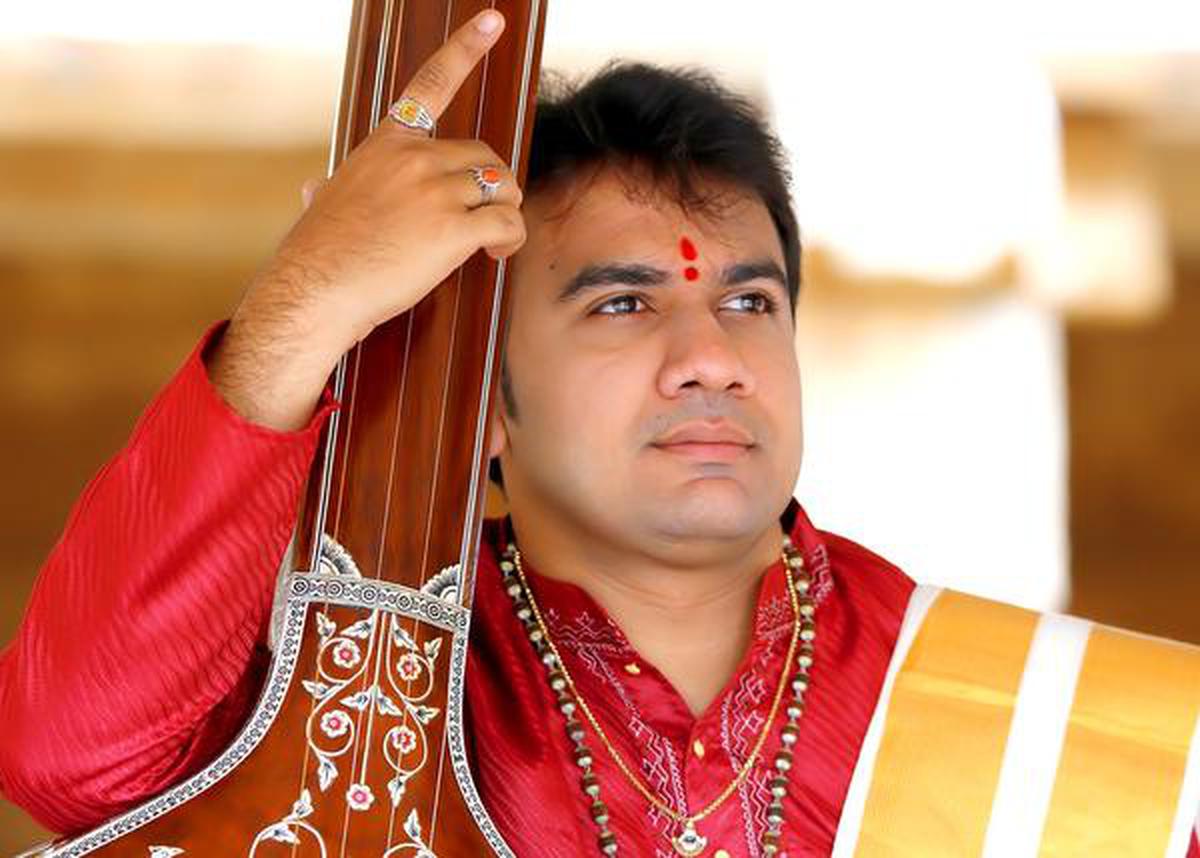 An electronics and communication engineer, Vidwan M.S. Deepak,has a strong voice, resonant with deep devotion and tri-sthayi sanchara (three octaves range), coupled with his supreme voice control, admirable command over the nuances of vocal music, be it manodharma or raga alapane. He is a much sought after musician, appealing to a wide range of audience and connoisseurs. Additionally, he sets himself apart with his proficiency in rendering of Raaga Taana Pallavis in special taalas such as ‘ashtottara shata talas and melakartha talas’ with great élan. Deepak is the first musician to perform dwi-tala pallavi successfully in the Carnatic music concert platforms.

He started learning music at a tender age of seven, but while in high school he developed a severe vocal chord distress for which the doctor advised complete rest for a few years. It was during this period that he discovered his passion for instrumental music and started pursuing mandolin under the tutelage of late Padmashree Mandolin U.Srinivas. Deepak has played mandolin instrument bits for movies such as ‘Chemistry’ in Telugu language and for many private albums. Deepak’s dream to become an actor made him act in musical plays (mythological/ social/ comedy) such as ‘Naada’, ‘Purandara Mahima’, ‘Vadiraja Vaibhava’ etc. He also acted in television serials such as ‘Baduku’, ‘Agnisakshi’ and others.

“As a student of R.V. College of Engineering, I was immensely appreciated for my mandolin skills and started representing my college at the state level VTU festivals. During this time a friend of mine introduced me to the legendary Ganakalabhushana Vid. R.K.Padmanabha sir. My musical path took a wonderful turn once I started learning from him. His charismatic personality coupled with his passion for music is something that is awe inspiring for any student.’

Deepak has created new ragas such as ‘Kailãsãbharana’, ‘Rãghavéndrapriya’, ‘Hayãnana’, ‘Mayùra’ etc. and has composed more than 75 compositions in Kannada and Sanskrit languages with ‘Vãdirãja Dãsa’ as ankita (pen-name). Academician by profession, he is the Founder Director of Nãdãmrutha – a school of music, which provides training in classical vocal and mandolin to over 100 students all around the world.

At present, Nãdãmrutha is celebrating it’s 10th year anniversary. To commemorate the celebrations, Nãdãmrutha has been presenting NãtyaSunãda Rasãmrutha Dhãra – a Facebook live concert series of Indian Classical Music and Dance from nearly a month. Here’s the Facebook link to join the group: www.facebook.com/groups/nadamrutha

‘Surviving Jeffrey Epstein’ review: Lifetime documentary pivots toward the next phase of the story